Find out what hit these companies hard.

Thursday was a relatively quiet day on Wall Street, as market participants seemed unwilling to guess the future direction of major market benchmarks. There's a lot of uncertainty right now, and until some issues like trade and Washington politics play themselves out a bit further, investors don't seem willing to make massive bets. Some companies also suffered from bad news that held their share prices down. La-Z-Boy ( LZB -0.27% ), E*Trade Financial ( ETFC ), and Cubic ( CUB ) were among the worst performers. Here's why they did so poorly.

Shares of La-Z-Boy finished lower by 15% after the furniture manufacturer reported its fiscal second-quarter financial results. The company said that revenue rose about 2% on a 5% rise in delivered same-store sales in its retail segment, but bottom-line gains of just 8% on an adjusted basis weren't enough to satisfy investors. CEO Kurt Darrow acknowledged the difficult environment that the home furnishings industry is going through, but he tried to be upbeat about the efforts La-Z-Boy has made to boost its margins. Nevertheless, shareholders were disappointed, and the company will have to work harder in the holiday season to pick up the pace. 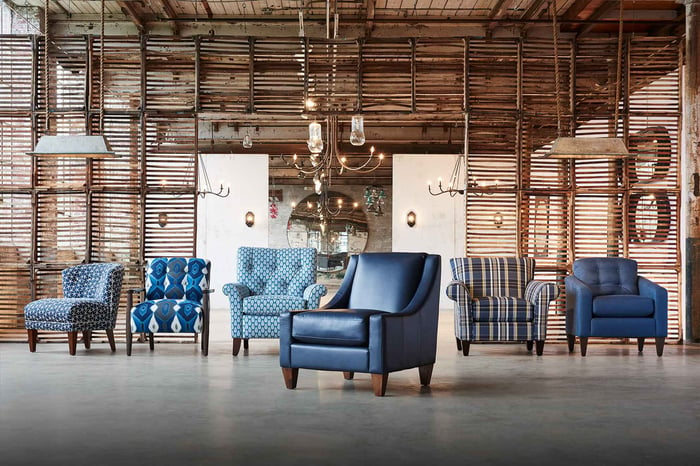 E*Trade gets left behind

E*Trade Financial saw its stock drop 8% in the wake of the possible marriage of two of its rivals. Charles Schwab and TD Ameritrade are reportedly looking at combining forces, creating a behemoth in the industry that would potentially dwarf E*Trade's much smaller business. Many investors have been nervous about E*Trade and its peers ever since a host of brokerage companies decided to eliminate commissions on stock and ETF trades, removing a key source of revenue for their businesses. With two major potential partners now having committed themselves in other directions, E*Trade might find itself without a match of its own in the brokerage industry.

Finally, shares of Cubic fell 20%. News from the tech solutions provider for the fiscal fourth quarter seemed good on its face, with record sales rising 24% from year-ago levels and adjusted earnings per share seeing a 33% rise year over year. Yet shareholders had actually expected even stronger results from Cubic, and they weren't entirely pleased, either, with the company's forecast for more tepid growth in the future. The share-price decline essentially wiped out the stock's gains for the entire year, and investors are worried that Cubic might face more difficult conditions in the near future.

3 Stocks That Got Slammed on Wednesday