It's been a long road for RNA interference (RNAi): From a Nobel prize and overpriced deals more than a decade ago, to the Food and Drug Administration approval of the second RNAi drug this week.

Alnylam Pharmaceuticals (NASDAQ:ALNY) got its first RNAi drug, Onpattro, approved for transthyretin-mediated amyloidosis last year. The biotech followed it up 16 months later with the approval of Givlaari for the treatment of acute hepatic porphyria, which results in neurological attacks.

As a testament to the unmet need -- and perhaps the FDA's comfort with a second approval in the drug class -- the agency approved Givlaari more than two months ahead of the target decision date of Feb. 4, 2020. 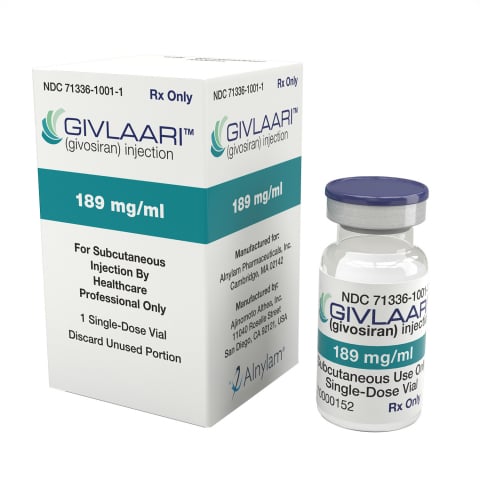 The big advantage of RNAi, compared to drugs targeting proteins, is that the structure of the target mRNA is known. Once the sequence of the target is identified, designing an RNAi drug is fairly straightforward, which has allowed Alnylam to create a substantial pipeline of RNAi drugs.

But Alnylam hasn't been content resting on its laurels with its first-generation RNAi drugs.

Givlaari improves on the platform over Onpattro by incorporating Enhanced Stabilization Chemistry (ESC) GalNAc, which helps stabilize the drug and targets it to the liver. There, Givlaari reduces mRNA levels of the ALAS1 enzyme, which causes the buildup of neurotoxic intermediates in patients with acute hepatic porphyria.

A couple of years ago, Alnylam disclosed another improvement, Enhanced Stabilization Chemistry Plus (ESC+) GalNAc, which further enhances the activity of the RNAi; more importantly, it decreases off-target activity, so it's not accidentally reducing activity of genes that have nothing to do with the disease. The first drug using ESC+ GalNAc, ALN-AAT02 -- for the treatment of AAT deficiency-associated liver disease -- is in phase 1 development.

On the back of multiple positive phase 3 studies, Alnylam's partner The Medicines Company (NASDAQ:MDCO) plans to file a marketing application for the cholesterol-lowering drug inclisiran before the end of this year. The Medicines Company will be in charge of selling the drug, but Alnylam is entitled to sales milestone payments and royalties of up to 20%.

Later this year, investors will get to see phase 3 data for a fourth RNAi drug, lumasiran; it treats primary hyperoxaluria type 1, a genetic disorder resulting in kidney stones that can eventually damage the kidney.

All told, Alnylam has nine drugs in development, and is also testing Onpattro in a related disease to expand its approved label.

At a market cap around $12 billion, Alnylam certainly isn't cheap. But with two drugs on the market, and a third with a positive safety and efficacy profile, the risk-reward profile for Alnylam seems more reasonable than it did before the drug class proved successful. Paying up for reduced risk is often worth it when investing in biotech stocks.

Even with two drugs on the market, Alnylam is still some distance from being profitable; those pipeline drug candidates come with a research and development bill that topped $160 million in the third quarter. Fortunately, the biotech is sitting on $1.74 billion in the bank, so it has plenty of time to get into the black.