We're now less than two weeks away from the debut of what could be the most important new ride at Disney's (NYSE:DIS) Florida resort in years. Star Wars: Rise of the Resistance opens in Disney World on Dec. 5. The immersive sci-fi attraction will open at Disneyland in California a month later.

A media event has already been slated for Dec. 4, so everything appears to be on track for the new Star Wars-themed ride to open on time in Florida. 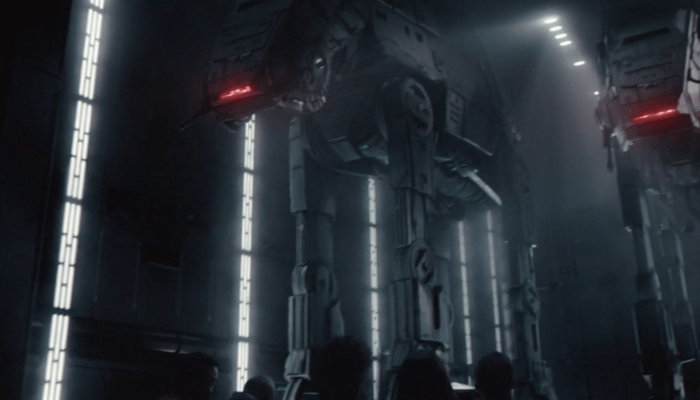 Disneyland has rattled investors by posting back-to-back quarters of year-over-year attendance declines, despite the late May opening of the 14-acre Star Wars expansion that was supposed to generate a flurry of turnstile clicks.

Star Wars: Galaxy's Edge has been off to a slow start in California, but it's fared marginally better at Disney World, where the nearly identical expansion opened three months later. With the ninth installment in the Star Wars movie series hitting a multiplex near you on Dec. 20, the ride's debut on both coasts will serve as promotional bookends to the film's theatrical premiere.

The iconic franchise just isn't getting a lot of love these days from its diehard fans. Many purists aren't pleased with the way the final trilogy in the series has been playing out, though the films continue to be box office hits. On the theme park front, Star Wars: Galaxy's Edge has been getting fairly mixed reviews, but we'll have to wait until the new ride opens to assign the final grades.

Disney chose to open the bicoastal expansion earlier than originally expected, but months before its flagship attraction was ready. A lot of knee-jerk critics have based their opinions of Star Wars: Galaxy's Edge based on just the first phase of its rollout, with a lot of that weight placed on the only ride that opened with the Disneyland and Disney World launches earlier this year. The lone ride, Millennium Falcon: Smugglers Run, is a flight simulator wherein six guests at a time serve as pilots, gunners, and engineers. Reviews have been fairly positive for the super-sized arcade gaming experience, but Rise of the Resistance should be the themed land's piece de resistance -- pardon my French and my pun.

Rise of the Resistance is being billed as the longest ride at either park, and the early buzz is that it will more than live up to the hype. Guests will initially be arrested by Kylo Ren and an army of stormtroopers aboard a First Order Star Destroyer before attempting a daring escape through life-sized sets. A lot can go wrong, but there's more upside than downside at this point, given the sluggish attendance trends at Disneyland that squelched the excitement for the land's launch at its sister resort in Florida three months later.

Star Wars: Galaxy's Edge is a better product than the initial knocks suggest. Even the disappointing attendance trends seem to be more the handiwork of huge price increases in ticket pricing -- a miscalculation on Disney's part -- than the quality of the new expansion. Disney is ultimately a consumer discretionary stock, and it learned a hard lesson on pricing elasticity this year. However, now it gets a second chance at making a first impression for revisionist historians.