The Dow Jones Industrial Average (DJINDICES:^DJI) was struggling to hold onto a small gain Tuesday afternoon, up just 0.06% at 1:45 p.m. EST. Strong housing sales data may be helping the cause, suggesting that the economy is on solid footing for the time being.

Disney (NYSE:DIS) stock was at the top of the pack, gaining on more Disney+ news. Shares of Home Depot (NYSE:HD) were also up, helped along by the positive housing data.

With Disney confirming that 10 million people signed up for its Disney+ streaming service by the day after launch, there's no question that the newest entry into the streaming wars is popular. On Tuesday, new data from research firm Apptopia provided some additional details on the scope of that initial success.

As reported by the New York Post, Apptopia found that the Disney+ app has been downloaded 15.5 million times since launch. Apptopia also found that Disney+ has logged 25.6 million daily viewing sessions over the past week. All of this suggests that the Disney+ user base has meaningfully expanded from that day-one total. 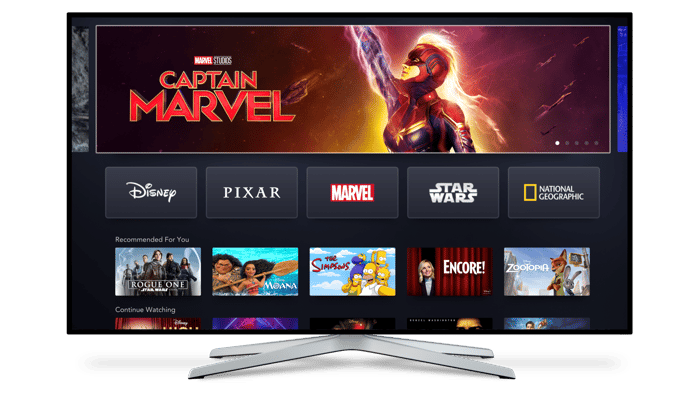 Disney's bundling strategy also appears to be going well. In addition to its base $6.99-per-month Disney+ membership, Disney offers a $12.99-per-month option that bundles Disney+ with ad-supported Hulu and ESPN+. Apptopia found that downloads of the Hulu app rose 55% in the past two weeks, and downloads of the ESPN app rose by more than 50%.

Shares of Disney were up 1.8% on Tuesday, continuing the rally that began in earnest when Disney+ made its debut. The blue chip stock is now up nearly 40% since the start of the year.

Home Depot stock took a hit earlier this month when the home-improvement retailer reported somewhat disappointing quarterly results and slashed its outlook. But the stock was up 0.9% on Tuesday in the wake of strong housing data.

Single-family house sales hit an annualized pace of 733,000 in October, beating estimates and marking the second straight month of exceptionally strong sales. And while median home prices dropped by 3.5% year over year, the S&P CoreLogic Case-Shiller index of property values in 20 U.S. cities was up 2.1% in September.

Strong new-home sales can help aspects of Home Depot's business, like sales of major appliances. But even with home sales trending in the right direction, Home Depot was forced to lower its full-year guidance last week. The company now expects comparable-sales growth of 3.5%, down from a previous outlook of 4.0%.

Shares of Home Depot are still up about 28% year to date, although they're down nearly 8% from their 52-week high.