The stock market wasn't all that busy on Wednesday, but it was open. Investors were generally content with letting major benchmarks move modestly higher in advance of the Thanksgiving holiday following some positive U.S. economic data. Yet some companies had to deal with setbacks that sent their share prices lower. Daktronics (NASDAQ:DAKT), Evolent Health (NYSE:EVH), and Central Garden & Pet (NASDAQ:CENT) were among the worst performers. Here's why they did so poorly.

Shares of Daktronics sank nearly 9% after the maker of stadium scoreboards and displays reported its fiscal second-quarter financial results. Sales climbed just 1.3% compared to year-earlier results, and orders actually inched lower year over year. Daktronics also saw its backlog shrink by $25 million from just three months ago to $182 million. Although the company got solid order demand from high schools and in its international division, weakness in commercial, live event, and transportation applications weighed on performance. Going forward, Daktronics hopes that its investment in new product development will result in greater sales, but for now, the digital technology company is dealing with tariff-related expenses and high delivery costs. 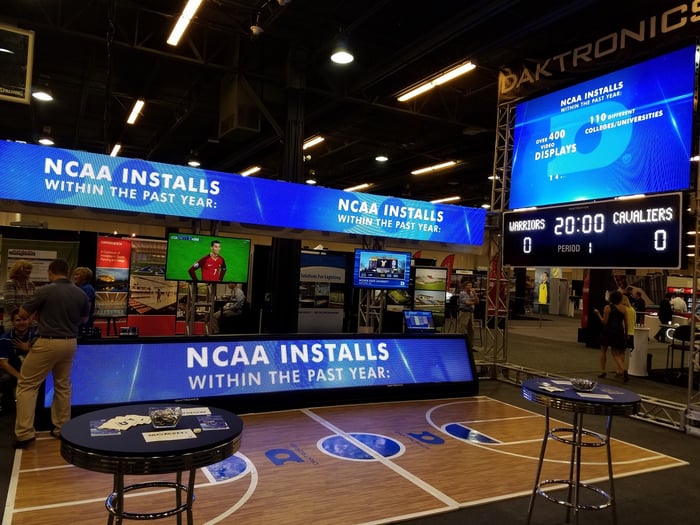 Evolent Health saw its stock plunge 27% after the health insurance provider got bad news from one of its potential clients. The state of Kentucky notified one of Evolent's partners, Passport Health Plan, that Kentucky's health and family services department had chosen not to award its managed Medicaid contract to Passport. Passport has served Kentucky Medicaid recipients for 22 years, and the company said it would protest the decision. However, unless it's reversed, the move will take effect on July 1, potentially affecting 300,000 members. Evolent is in the process of closing on its purchase of a 70% stake in Passport, and so both entities have a lot to lose if the Kentucky decision stands.

All bark and no bite for Central Garden & Pet

Finally, shares of Central Garden & Pet dropped more than 17%. The garden product and pet supply distributor reported fiscal fourth-quarter results that included some disappointing numbers. Revenue rose almost 8% during fiscal 2019, but acquisitions were primarily responsible for the gain, and organic sales growth amounted to just 1.5%. Adjusted net income fell 10% year over year, with both the garden and pet segments seeing significant declines on the bottom line. New CEO Tim Cofer has high hopes that the future looks brighter for Central, but shareholders seem to be a bit more skeptical.