When Nike (NYSE:NKE) began to sell its products directly on Amazon.com (NASDAQ: AMZN) in 2017, it felt pressure to get on board the exploding online retailer's bandwagon as unauthorized sellers were doing hefty business there. Nike has a core belief in "brand value," so this was an important issue for the company. That deal was intended to better control pricing and inventory, and Nike managed to extract an agreement from Amazon to monitor third-party sellers and counterfeit goods more strongly.

Things apparently haven't panned out as planned, though, and Nike doesn't feel that it has benefited from the partnership in the way it had envisioned. Today, Nike is one of the most-sold brands on Amazon, but much of the the sales go to unauthorized third-party sellers, often referred to the gray market. Counterfeit items are also are still being sold on the site. And now Nike is now pulling back and won't be directly selling items on Amazon.com.

Selling on its own

Nike is in a pretty good position to break off from Amazon for a few reasons. Firstly, its own retail operations, including its website, are driving sales, accounting for roughly 32% of total Nike brand revenue in the fiscal year ended May 31, 2019, with a 35% increase from digital channels in the year.

Sales through Amazon are reportedly a small part of  Nike revenue, and the company looks in good shape to recoup lost sales through its own channels and other partners.

Nike had called the Amazon deal a pilot test, and had not listed new launches or best-sellers through the site. It's been saving those for its own website and 1,100 stores. Among its 30,000 global retailers, Nike also has strong relationships with Foot Locker, Nordstrom, and Dick's Sporting Goods.

Nike's position as a status brand is more heavily fortified by investing in its own website and apps, or partnering with retailers who can add to that image, and the company is probably better off working on those channels than diverting traffic to Amazon, where there are lots of unauthorized sellers. 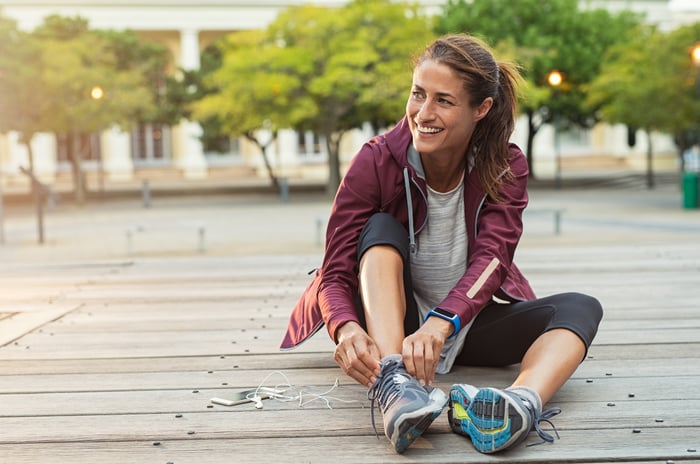 With third-party sellers reportedly accounting for 60% of Amazon sales, the online retail leader has become a huge, difficult-to-regulate marketplace where it's not always clear who the seller is, whether its sales are authorized, and even if the merchandise is genuine.

Nike is a high-status brand marketed to customers who are looking for an authentic, technically advanced product. The company positions itself as having brand value, which adds a layer of cost to the consumer. Buyers who are scouting for deals on Amazon are not the ones that Nike is trying to cultivate.

By backing out of Amazon, Nike seems to be making a statement that it's a leading brand name, and that it's betting that moving in this direction will elevate both its status and ability to generate sales within the group that's willing to pay for that.

Total fiscal year 2019 digital sales were $3.8 billion, or close to 10% of total sales. Nike's digital sales went up 42% in the first quarter of fiscal 2020, which ended in September.  The SNKRS app, where customers can see when the newest styles are "dropped," continues to grow quickly and the Nike app, where customers can purchase products and engage with the Nike community, is generating an increasing number of sales, contributing to the $3.8 billion of digital commerce that the company saw in FY 2019.

According to outgoing CEO Mark Parker, "it's become the largest and fastest-growing platform in our portfolio, growing almost triple digits this quarter." China, a market that saw revenue grow 27% for Nike in the most recent quarter, is set to get the app for the holidays.

As it invests in its e-commerce efforts, Nike expects to benefit from the further shift to online sales in retail and in athletics in particular. Clearly, the company doesn't think it needs Amazon to make that happen.

Nike's plan to focus on its direct channels has several layers. Here is some of what the company is doing:

So, while Nike may be cutting off a sales source, it's working on putting itself in a position to keep growing and remain a solid investment.