Please ensure Javascript is enabled for purposes of website accessibility
Free Article Join Over 1 Million Premium Members And Get More In-Depth Stock Guidance and Research
By Donna Fuscaldo - Dec 3, 2019 at 9:45AM

Who will emerge as the leader in game streaming?

Streaming games like your favorite shows is all the rage these days. Alphabet's ( GOOG -0.87% ) ( GOOGL -0.68% ) Google just launched its Stadia subscription service, Microsoft ( MSFT -1.97% ) is in the throes of testing Project xCloud, and Sony ( SONY -0.12% ) has been at it for a while with its PlayStation Now service. Electronic Arts' Project Atlas is launching soon and is yet another example of the swarm of players entering the burgeoning market.

Not one to be left out, Amazon ( AMZN -1.38% ) is reportedly eyeing game streaming as well.

Amazon already owns Twitch, the live-streaming service that lets users watch other people play games in real time and sells video games and consoles on its e-commerce site. Now it reportedly wants more of the streaming game industry, which is in the early stages of transformation. 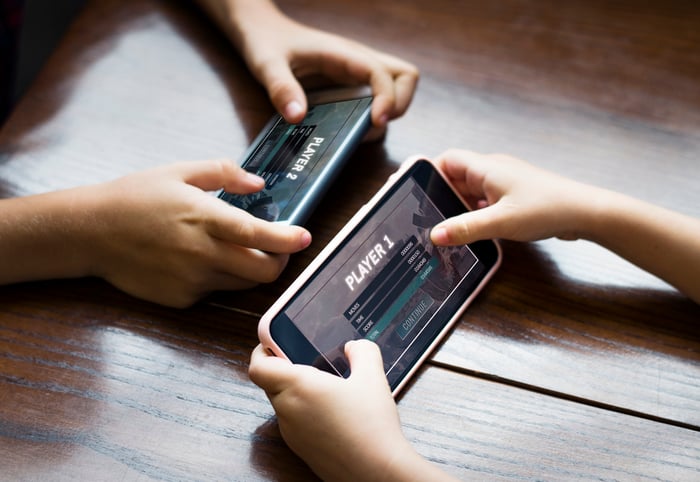 The next driver of industry growth

It's only been a few years since computer gamers began downloading their favorite titles instead of purchasing physical DVDs. With advances in cloud computing technology and 5G networks, the gaming industry is entering its next evolution. Instead of owning or downloading games, people will rent them just like they do movies. Ultimately, they will have a smorgasbord of streaming games to choose from and will pay monthly for access to them.

With all that disruption afoot, it's no wonder there are murmurings of Amazon's aspirations. Over the past few months, reports have surfaced chronicling Amazon's purported interest in launching a streaming gaming service. The most recent came in November from CNET, which reported Amazon was interested in launching a service that would take on the likes of Google and Microsoft. It's expected to go live in 2020, with Amazon likely to integrate it with Twitch and its other services.

A logical next step for Amazon

None of this should come as a surprise to investors. Amazon has a live-streaming platform, Twitch, and a booming subscription business in Prime. It already streams music and content. Video games are the next logical step. The gaming streaming market is huge and has a ton of potential. It's also one that's up for grabs.

There's another big reason Amazon might want to make a move: New gaming consoles are coming to the market in 2020. Sony's PlayStation 5 and the latest iteration of Microsoft's Xbox, codenamed Project Scarlett, are scheduled for arrival just in time for the 2020 holidays. If Amazon has a service up and running by then, it can capitalize on any boost from those new gaming systems.

No clear industry leader -- yet

Amazon has the name recognition, the infrastructure, and the war chest to make a big showing in the streaming gaming market, but it's not clear if it will emerge the ultimate winner. There are a lot of competitors, many of which are formidable. It's not going up against traditional players who don't have a grasp of technology or start-ups that might not have the capital or the business acumen; its rivals are other big tech companies that have the capital and technical know-how. And even then, entering this market is fraught with risk.

Amazon can look to Google's Stadia as a cautionary tale. The launch of the new game streaming service earlier this month was mired in controversy, with users complaining about delayed movements and games streaming at lower quality than promised. Leading up to the launch, Google had been touting its 4k graphics and advanced streaming technology.

Despite Stadia's misstep, Google and Amazon's other rivals aren't going to cede the market to the e-commerce giant without a fight. They all know it's a fast-growing and large opportunity that's up for grabs. With the war just heating up, there will be a lot of posturing and shakeouts before one of them can become the leader in game streaming.