Lands' End (NASDAQ:LE) issued fiscal third-quarter results on Tuesday, and for the second consecutive quarter, the company broadened its full-year earnings outlook. Shares jumped 21% as investors absorbed this latest evidence that the company has turned its once-flailing operations around. The LE ticker symbol is now flat year to date as it continues to emerge from a multiyear slump. As we walk through highlights of the last three months, note that all comparative numbers refer to the prior-year quarter. 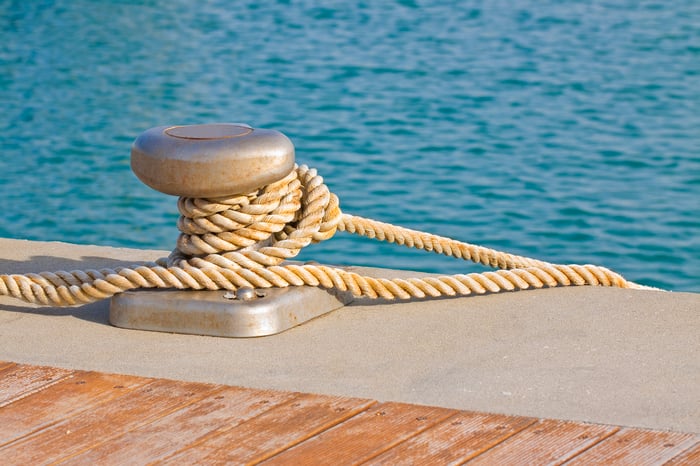 As I've recently discussed in detail on a Motley Fool Industry Focus podcast, Lands' End is a sleeper stock in the retail investment arena. Though it has severed its value-destroying relationship with Sears, investors haven't completely warmed to its steady (if cautious) brick-and-mortar expansion. Nor have they valued the potential of a rejuvenated brand that has exhibited admirable staying power over the decades.

We were pleased to have delivered strong financial results for the third quarter as gross margin expansion and expense management enabled us to achieve Adjusted EBITDA growth of approximately 20%. While sales were burdened by unseasonably warm temperatures, our transitional product resonated with customers, and sales trends improved as the colder weather arrived. Our U.S. Company Operated stores continued to deliver strong comparable sales growth, with our 2018 openings comping above expectations. Looking ahead, our growth strategies remain centered on delivering product with a purpose, operating as a digitally led company, executing a uni-channel strategy and improving business processes and infrastructure. Overall, we are pleased with our progress and remain on track to achieve our long-term financial targets.

Heading into the final quarter of fiscal 2019, Lands' End beefed up its full-year guidance on Tuesday for the second time in as many quarters. Management tightened the expected revenue range to $1.45 billion to $1.46 billion, from its earlier band of $1.45 billion to $1.50 billion. The outlook for net income has been boosted considerably, to a range of $18 million to $21 million, versus the prior expectation of $12 million to $17 million. Similarly, diluted earnings per share for 2019 are chalked in at $0.55 to $0.64, a considerable revision from last quarter's estimate of $0.37 to $0.52.