Major benchmarks snapped a three-day losing streak Wednesday despite a lack of developments on a trade deal and mixed news on the economy. A report from the Institute for Supply Management showed that the service economy continues to expand, but the ADP National Employment Report suggested that job growth is slowing. The Dow Jones Industrial Average (DJINDICES:^DJI) and the S&P 500 (SNPINDEX:^GSPC) closed up, with the biggest gains made by the energy sector after the price of crude oil rose 4%.

As for individual stocks, two companies were in the news after shake-ups in their executive suites. Investors approved of management changes at Expedia Group (NASDAQ:EXPE) and Google parent Alphabet (NASDAQ:GOOG) (NASDAQ:GOOGL). 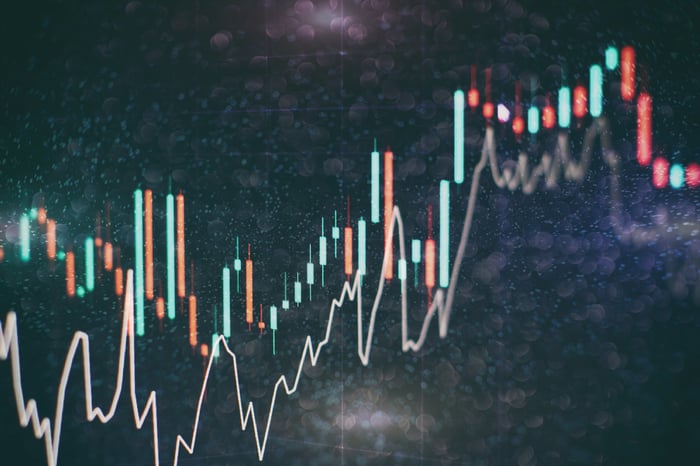 Expedia Group's board ousted the company's chief executive and chief financial officer over a disagreement on strategy, and investors loved the move, bidding the shares up 6.2%. CEO Mark Okerstrom and CFO Alan Pickerill have resigned, and Chairman Barry Diller and Vice Chairman Peter Kern will take over daily operations of the company. Eric Hart, recently named the company's chief strategy officer, will fill the role of CFO.

In a press release, Diller said that management's aggressive reorganization plan resulted in a loss of focus on operations, which led to Expedia's very disappointing third-quarter results and weak outlook. Diller also said that the board disagreed with the departing executives' vision for growth, implying that growth plans for 2020 weren't meeting expectations. Expedia also added a new board member to fill Okerstrom's spot, naming Jon T. Gieselman, vice president of services marketing at Apple.

Diller, who already controls about a third of the voting power of the company, said he'll express his faith in the company by buying more shares, and investors were following suit today.

Alphabet announced after the market close yesterday that Google co-founders Larry Page and Sergey Brin will be stepping out of active management and handing the reins to Google CEO Sundar Pichai. The market welcomed the news, boosting Class C shares by 2%.

Page and Brin, who founded the company as Stanford students in 1998, aren't going away. They'll continue as board members and between the two of them control most of the voting shares in the company. The significance of the change is that 15-year Google veteran Pichai will assume management of Alphabet's "other bets," a collection of wide-ranging, long-shot investments in self-driving cars, delivery drones, life sciences, and remote internet connectivity.

The move shouldn't have much of an immediate effect on the company's business, but investors may be thinking that the steady and pragmatic Pichai may push the "other bets" segment toward more commercial success, much as he did with the Chrome browser and Android operating system.