Please ensure Javascript is enabled for purposes of website accessibility
Free Article Join Over 1 Million Premium Members And Get More In-Depth Stock Guidance and Research
By Luis Sanchez CFA - Dec 1, 2019 at 11:45AM

Is Google the cause of Expedia's earnings problem or just one part of a larger issue?

Expedia ( EXPE -2.34% ) dropped a bomb on investors when it reported its Q2 2019 earnings. The company missed earnings estimates and provided disappointing forward guidance. The market punished the stock by sending it more than 25% lower. On its earnings call, Expedia's management team noted that much of the weakness was driven by changes in Alphabet's ( GOOG 0.97% ) ( GOOGL 0.95% ) Google search algorithm. How should shareholders interpret the results and the explanation?

The table below lays out the raw numbers from Expedia's Q3 2019 earnings report. Revenue grew 9%, in line with gross bookings. Gross bookings is a company-reported metric that represents the total dollar volume of travel booked on Expedia's website. Going further down the income statement reveals that operating margins fell, resulting in a decline in earnings per share. Earnings per share fell less than overall profits because the company repurchased 3.2 million shares in the quarter.

Top-line growth at 9% isn't terrible, but the lower-than-expected profit margins were particularly surprising. The culprit for the lower margins? Higher marketing costs, principally resulting from more money spent with Google and other online marketing channels.

To make matters worse, the company lowered its full-year 2019 guidance for earnings growth to a range of 5% to 8%. This shows a lack of confidence from the management team that the headwinds experienced in the quarter will go away anytime soon.

Expedia helped pioneer the online travel space in the 1990s. However, the internet has drastically changed over the years. The biggest change has been the advent of search engines such as Google, which have increasingly become the starting place for many people to search for flights and hotels.

Over the past 10 years, Expedia has increasingly relied on search engine traffic from Google to help drive its growth. The traffic comes in the form of paid ads at the top of the page as well as unpaid link clicks toward the bottom of the page that are based on Google's page rank algorithm.

As Google has added more rows of ads to its search engine results page, travel websites like Expedia have seen a growing share of paid Google traffic relative to unpaid organic search traffic. Google has also been adding more features to its search page to help search engine users sort through flights and hotels before they even click a link. Unfortunately for Expedia, the clicks derived from these enhanced travel tools are considered paid traffic. 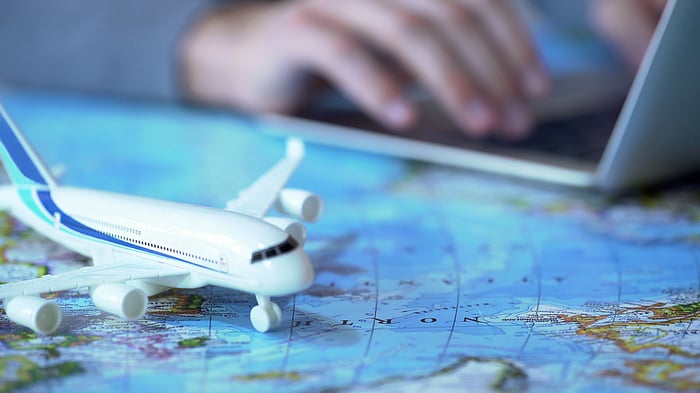 The increasing mix of website traffic coming from Google paid ads relative to unpaid search helps explain the decline in Expedia's profits, but it is not the full story. As the table below shows, several expenses in the company's income statement grew as fast as or faster than revenue. While marketing costs might be the largest line item, inflation in the cost of revenue and technology spending are not helping Expedia become a more profitable company.

Expedia has been in investment mode for a while now. Over the past decade, it has acquired many of its online travel rivals (including Orbitz, Travelocity, and Trivago). More recently, the company has been investing in internal initiatives to unify these different travel platforms and move its technology infrastructure to the cloud. These investment initiatives have been a net negative to short-term margins, but Expedia believes they will result in higher margins in future years.

Investor expectations have been sufficiently reset after Expedia's stock dove over 25% following its earnings report. While there continues to be solid top-line growth in the online travel industry, competition from websites and rising marketing costs have resulted in lower margins. Investors should carefully monitor where margins go from here. If Expedia is able to reduce its platform expenses, it might be able to show attractive earnings growth in the coming years.