Shares of CVS Health (NYSE:CVS) were climbing last month after the healthcare specialist posted strong third-quarter numbers and an activist investor revealed a stake in the company toward the end of the month. According to data from S&P Global Market Intelligence, the stock finished November up 13%.

As you can see from the chart below, the stock got a boost from its earnings report early in the month, and that momentum seemed to carry it higher for the duration of November. 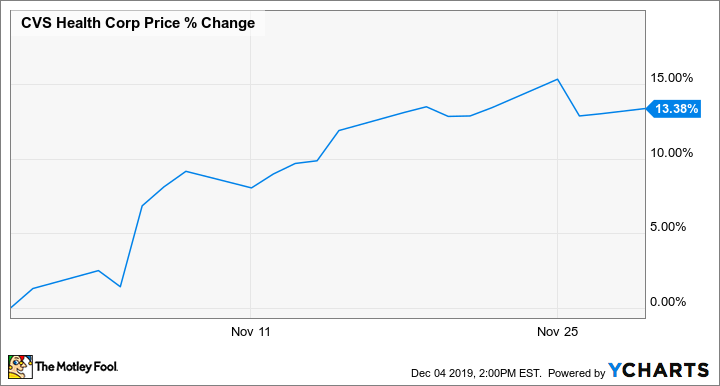 Shares rose 5.4% after the third-quarter report as CVS saw solid growth across its business, including its pharmacy benefits management unit, retail segment, and at Aetna, which the health insurer acquired last year. With the addition of Aetna, revenue in the quarter jumped 36.5%, to $64.8 billion, ahead of expectations of $63 billion. 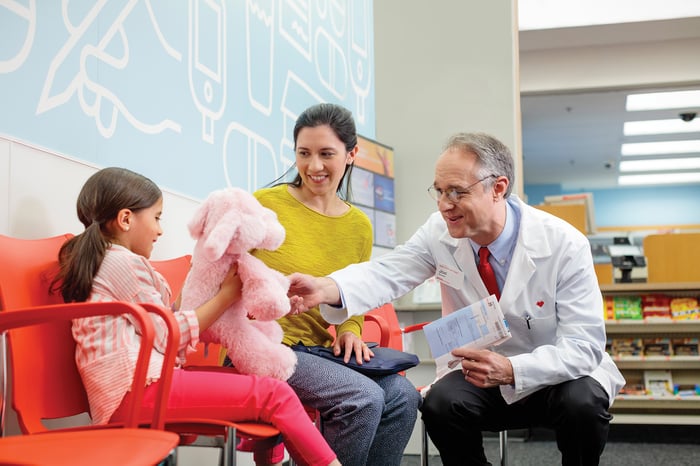 CEO Larry Merlo summed up the quarter saying: "Our third-quarter results build on the positive momentum we have seen across the company since the beginning of the year. All of our core businesses performed in line with or above expectations, reflecting strong operational execution."

Later in the month, the stock rose 1.7% after The Wall Street Journal reported that Starboard Value had taken a small stake in the company and held talks with management. Investors usually respond favorably to such news about activist investors as it could lead to moves that could unlock value for the company in question, though it's unclear what Starboard's intentions are with CVS.

Looking ahead, management also lifted its guidance for the year, calling for adjusted earnings per share of $6.97-$7.05, up from $6.89-$7.00, a sign that its strategy with the acquisition and to convert its stores into "health hubs" is delivering results.

After last-month's gains, CVS shares are now up 40% over the last six months. However, the stock still looks like a value play, trading at a P/E of less than 11, based on this-year's forecast. While the company faces challenges, including online competition and pressure on prescription drug prices, it's responding accordingly and making smart decisions.