Thursday brought some uncertainty to Wall Street, as major benchmarks traded on both sides of the unchanged mark at various points during the session. Initial optimism about possible progress on the trade front with U.S.-Chinese negotiations gave way to a more somber assessment of the proceedings, and investors also aren't certain how the overall economy is likely to respond to trade and other issues. However, some companies saw their stocks move sharply higher. RH (NYSE:RH), SecureWorks (NASDAQ:SCWX), and Aurinia Pharmaceuticals (NASDAQ:AUPH) were among the top performers. Here's why they did so well.

Shares of RH climbed 13% after the luxury home furnishings retailer dazzled investors with its third-quarter financial results. RH reported a 6% rise in revenue from year-ago levels, and adjusted earnings soared almost 75% year over year. CEO Gary Friedman took a victory lap with the news, arguing that investors have gotten tired of companies that tout sales growth without profitability and celebrating RH's success in transforming its business model. With more customers recognizing the RH brand as a mark of luxury, the retailer hopes to attract more members and boost its margin levels, and the company's outlook suggests that the future could even brighter for shareholders. 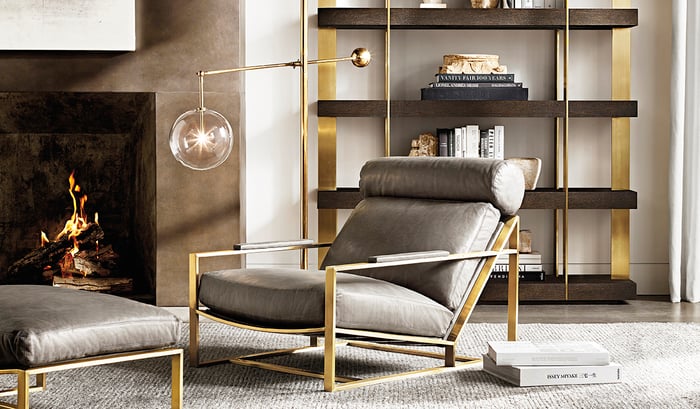 SecureWorks saw its stock soar more than 29% following the company's release of its third-quarter financial report. At first, the cybersecurity specialist's numbers looked somewhat tepid, with revenue climbing just 6% year over year and adjusted earnings falling significantly from year-ago levels. Yet investors were pleased that SecureWorks managed not to lose money on an adjusted basis, and the company's outlook for revenue and earnings in the fourth quarter was more favorable than most had expected. Cybersecurity stocks have seen a lot of ups and downs over the past year, but shareholders seem more comfortable with SecureWorks' prospects for the foreseeable future.

Aurinia gets a big trial win

Finally, shares of Aurinia Pharmaceuticals skyrocketed 79%. The biopharmaceutical company said that its voclosporin treatment for lupus nephritis produced encouraging results in a phase 3 trial, raising hopes that it might win approval from the U.S. Food and Drug Administration. In the trial, voclosporin met the primary endpoint of significant renal response rates after 52 weeks, as well as several secondary endpoints addressing renal response and time to achieve favorable reductions in urinary protein-to-creatinine ratios. With no unexpected safety issues, the drug has Aurinia optimistic about its future prospects, and shareholders are equally excited about voclosporin's potential.