Three years ago, Microsoft's (NASDAQ:MSFT) Xbox chief Phil Spencer suggested that virtual reality (VR) games could come to the Xbox platform after it moved past its initial stage of "demos and experiments."

However, Spencer recently declared that "nobody's asking for VR" in an interview at Stevivor, and that the next-gen Xbox wouldn't be designed with VR games in mind. That dismissive statement was surprising since Microsoft's rival Sony (NYSE:SONY) recently announced that its PlayStation VR headset would be compatible with the PS5.

This split could also cause problems for game developers since many modern games are simultaneously launched on the Xbox One and PS4. Let's take a closer look at this nascent market and see which company is right about its future. 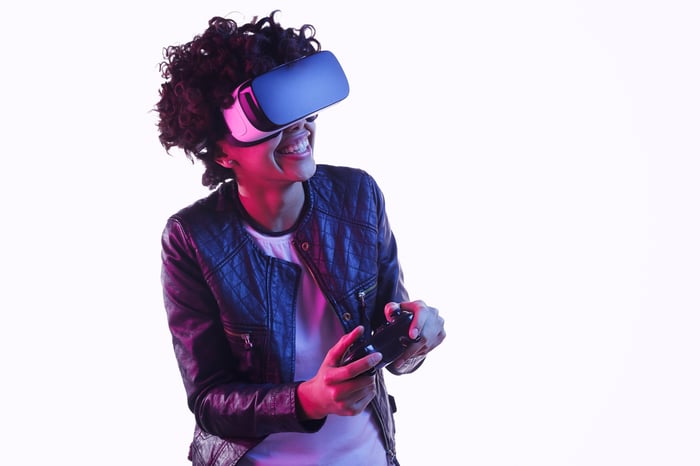 The state of the VR market

Spencer claimed that "nobody's selling millions and millions" of VR units in his recent interview. However, SuperData's latest shipment numbers indicate that Sony shipped 4.7 million PSVRs worldwide in the first three quarters of 2019, putting it in first place in the VR headset market.

SuperData estimates that VR hardware and software revenue will grow 28% to $3.2 billion this year, then accelerate with 41% growth to $4.5 billion in 2020. It also estimates that consumer spending on VR games will more than double over the next five years.

We should always take those long-term forecasts with a grain of salt, but it seems a bit premature for Spencer to dismiss the entire market. Microsoft won't launch its next-gen "Xbox Scarlett" until 2020, and console cycles generally last about six years -- and the VR market could grow significantly by the end of that cycle.

Different visions for the future of gaming

Sony didn't expect either platform to become a growth engine for its gaming division, which generated 21% of its revenue last quarter. Instead, they were experimental steps into expanding video games beyond physical discs, digital downloads, and visuals on a 2D screen. Sony could afford to take those risks because it led the gaming console market. 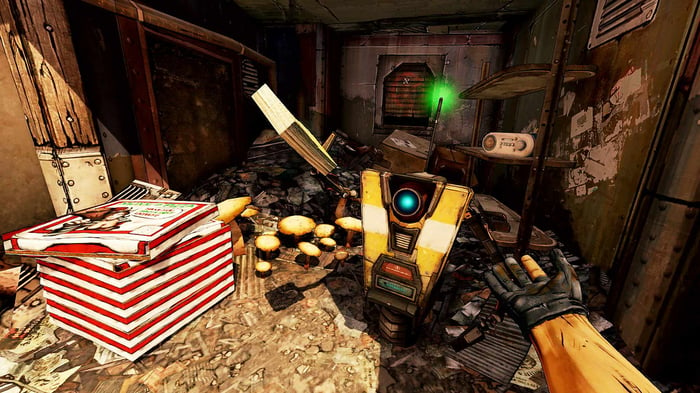 Sony doesn't expect gamers to abruptly embrace cloud and VR games next year. That's why the PlayStation 5 is expected to sport high-end hardware for locally installed games, and only offer VR as a fun extra for hardcore gamers and early adopters. Yet developers have launched over 500 games and experiences for the PSVR so far, including stand-alone games as well as add-ons and VR overhauls of existing games.

Microsoft has been cautious with experimental platforms ever since its motion-sensing Kinect controller flopped. Its cloud platform, Project xCloud, still isn't ready for a commercial launch, and it clearly isn't interested in challenging Sony in the niche VR market. The poor reception for Microsoft's "mixed reality" VR headsets on Windows also likely convinced the company the VR headsets for the Xbox would suffer the same fate.

Instead, Microsoft's gaming unit, which generated 8% of its revenue last quarter, mainly focuses on building its software ecosystem. Xbox Live, Xbox Game Pass (its subscription service, which offers unlimited downloads of over 100 games), and its game streaming platform Mixer form the crux of that business.

The addition of Xbox to Windows game streaming and Project xCloud will strengthen that ecosystem and lock in more gamers. In short, Sony is willing to carve out new niches, while Microsoft favors more conservative strategies.

Microsoft could be missing out

Microsoft originally thought that the Kinect would differentiate the Xbox One from the PS4. Instead, it merely inflated its price and pushed gamers toward the cheaper PS4.

Spencer clearly wants to avoid a similar misstep with Xbox Scarlett. However, dismissing the entire VR market also seems reckless, since Sony's PSVR base and VR library will likely continue to grow. Developers will also likely add more VR features to PS5 games, which would differentiate the console from the Xbox Scarlett.

Spencer could certainly change his mind later, but Sony already has a big head start in both the VR and cloud gaming markets. If Microsoft wants to catch up to Sony in the console race, it needs to be more receptive to next-gen gaming ideas.