He's hardly new to Alphabet (NASDAQ:GOOGL) (NASDAQ:GOOG), having served as CEO of Alphabet's search engine behemoth known as Google since the latter part of 2015. But with the parent company's founder and CEO stepping down earlier this month -- and replacing himself with Google's chief -- Sundar Pichai is truly flying solo now.

That's a two-edged sword, of course. He no longer has to worry about being second-guessed by a superior. At the same time, success or failure is now all Pichai's. That's a lot of pressure. He'll likely thrive on it, given how he's handled himself thus far. If he's going to keep the company on the rails, though, the first thing he may want to do is bring the Google family back together again.

From employee walkouts to threats of unionizing to sexual harassment scandals, Google has had its hands full of late with personnel. None of it's been company-destroying, but all of it has collectively dented the tech giant's reputation. The little things can become big, too, when allowed to fester. 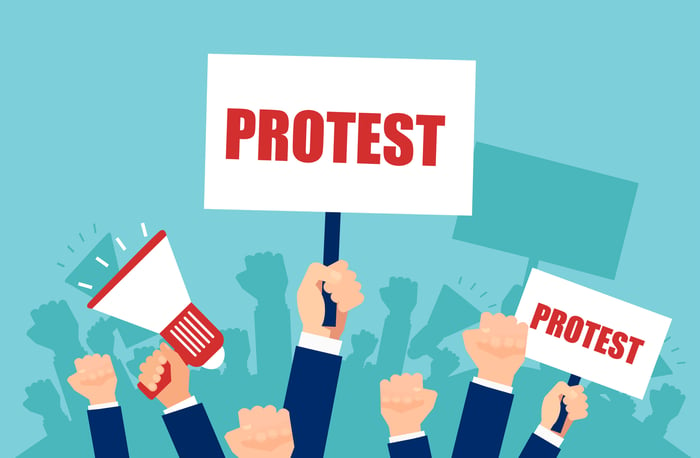 The latest in what's become a sordid saga: The Communications Workers of America union is filing charges against Google, claiming the company illegally fired four workers in late November as part of an effort "to discourage and chill employees from engaging in protected concerted and union activities," asserts the complaint.

The timing of their terminations could be explained away as arbitrary, had the company not acknowledged in November it had hired consultants with expertise in preventing the development of unions.

The matter may be more symptom than problem, given the string of similar developments in just the past couple of years. In April 2018, thousands of employees signed a letter protesting the company's involvement in a Pentagon program that develops artificial intelligence for military drones. Their effort worked. Google didn't renew that contract. Google also altered its policies regarding how it handles sexual harassment complaints late last year, bolstering transparency. But the change was only instituted after 20,000 employees walked out to make a point about the issue. That same November, over a thousand employees signed a publicly posted letter criticizing the company's development of a search engine for China's government-controlled web market.

Were it any one of these instances alone, it could be chalked up to what workers believe to be good citizenship. Google's corporate culture has become one of defiance, though, with shareholders conspicuously missing from the debate about the direction the organization should be moving.

It's difficult to pin down the value of, or even the need for, employees committed to the company's mission (making money) even if they're not thrilled with how it does so. Yet to the extent it does matter, Pichai still hasn't been granted such loyalty. 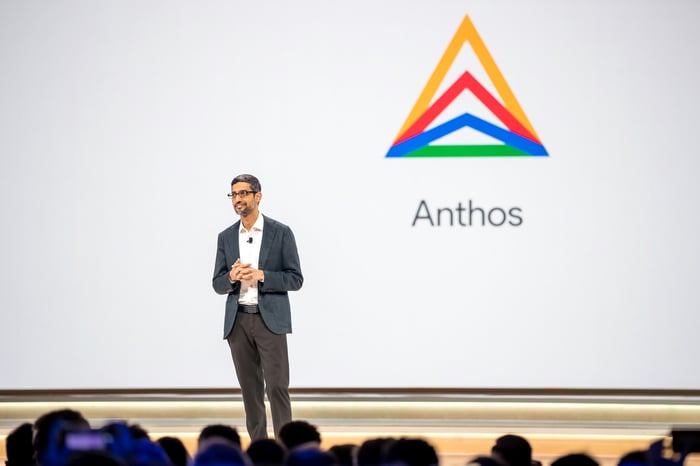 He may end up winning it. However, not everyone is hopeful, including former Google software engineer Irene Knapp. While acknowledging his inviting demeanor, she also worries that the culture is taking a shift for the worst. She explained to Fortune following news that Larry Page was stepping down as head honcho: "It isn't as if ethical concerns didn't come up during Larry's leadership. But back then, there were discussions about them within the company, and I usually felt that stuff got adequately addressed." The implication in that statement is that things aren't being adequately addressed now.

Other former Googlers are more blunt about Pichai and his prospects for becoming the leader that can get all of its employees back on the boat. Former Google research scientist Jack Poulson believes Pichai used his charm as a means of sidestepping rather than tackling touchy issues. He commented, "I can't help but view him as a fairly cynical person," even if Pichai's intent is to ultimately protect the company's interest. Cynicism and passing the buck will eventually come back to haunt a CEO.

To be fair, these are just two takes from former employees. Pichai seems to have more fans than critics, appreciative of how he's led Google to become one of the tech powerhouses among several powerful tech companies. Yet given the string of internal headaches that have surfaced just since the beginning of last year, Poulson's and Knapp's assessments don't seem unfair. And bolstering their concern is Pichai's recent decision to end recurring Friday meetings meant to air any and all worries. The companywide events meant to create the transparency Pichai has touted, in his own words, "don't work in their current format." Google is instead facilitating separate town hall type meetings to deal with workplace issues, which of course give the organization a chance to prevent the wider circulation of complaints before they turn into outright movements.

Difficult to see, but worth watching

As for shareholders, most of the distraction to date has been mostly off their radars. They're unlikely to detect any impact on the company's fiscal performance linked to internal grumbling, assuming the new chief can ease the discontent before it moves into a more challenging stage.

It would be naive for investors to pretend the ramp-up in labor unrest at Google is irrelevant, however. Pichai has to address it before it becomes an even more pressing concern.