For most marijuana stocks, 2019 has turned out to be a very disappointing year. Investors could be tempted to throw in the towel altogether. But there are still some marijuana stocks with plenty of room to run.

Three marijuana stocks, in particular, look like smart picks to buy sooner rather than later: Cresco Labs (OTC:CRLBF), Innovative Industrial Properties (NYSE:IIPR), and Valens GroWorks (NASDAQ:VLNCF). Initiating positions in these stocks before the end of the year makes sense. Here's why. 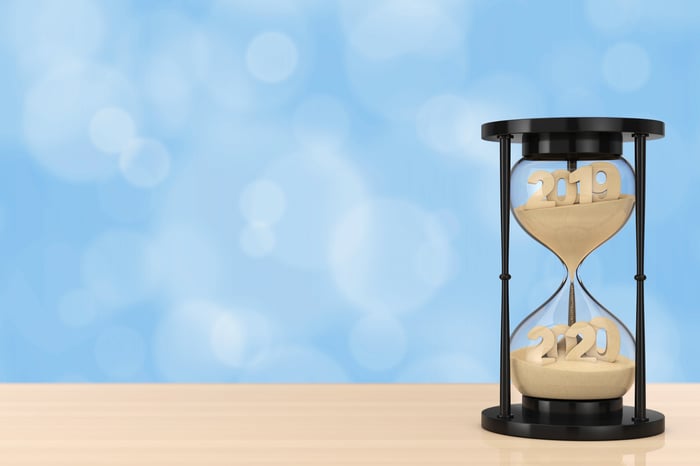 Cresco Labs started off 2019 with a bang, rising more than 90% by late April. However, the stock ultimately gave up all of those gains and then some. But Cresco should have brighter days ahead in 2020.

One reason to consider buying Cresco shares before the end of the year is that doing so would allow you to get in ahead of the acquisition of Origin House. Thanks to a revision of the acquisition agreement, the price tag is now more favorable for Cresco. Origin House shareholders vote on the deal on Dec. 31, 2019. Assuming the buyout wins shareholder approval, Cresco will soon become a much bigger company and gain a great cannabis distribution operation in California and several solid cannabis brands.

An even bigger impetus for buying Cresco before the new year begins is that the recreational marijuana market in Cresco's home state of Illinois opens for business on Jan. 1, 2020. Sure, it's too soon to know how well the new market launch will go. But if early reports indicate that sales are brisk, expect Cresco to surge in the first quarter.

Although many marijuana stocks have stunk so far this year, Innovative Industrial Properties (IIP) has been a big winner. Shares of the cannabis-focused real estate investment trust (REIT) are up over 60% year to date despite sliding in recent months.

There's a clear and compelling reason to buy IIP by the end of December: its dividend. The company recently declared its fourth-quarter dividend with a 28% higher payout than in Q3. This dividend is payable on Jan. 15, but only to shareholders of record as of Dec. 31. If you wait until early next year to buy shares of IIP, you'll miss out on a dividend of $1 per share.

With a yield of 5.4%, IIP's dividend is a pretty good reason to buy the stock at any time. Don't overlook the company's growth prospects, though. IIP posted year-over-year revenue growth of 201% in Q3. It's continuing to add more properties to its portfolio and remains highly profitable. I think the stock is a success story that will have many more chapters.

Valens GroWorks is an even bigger winner so far in 2019 than Innovative Industrial Properties. Its shares have nearly doubled even after giving up greater gains from earlier in the year.

Why buy Valens before year-end? The company ranks as a leading provider of cannabis extraction products and services used in producing cannabis derivative products. Canadian cannabis producers are about to begin shipping their first cannabis derivatives products in the country's Cannabis 2.0 market (also referred to by some as "Rec 2.0"). If this market appears to be performing well in the early innings, Valens could be one of the biggest beneficiaries.

I think Valens is a better play on the cannabis derivatives opportunity than the big Canadian cannabis producers, several of which it counts as customers. CEO Tyler Robson said in October that Valens is "the most profitable public company in the Canadian cannabis sector. And based on expected earnings, Valens ranks as one of the cheapest marijuana stocks on the market right now. This is a great combination that's hard to ignore.