The days of the mall seem to have peaked, and boutique experiences are up-and-coming as the new way to do business for many retailers. Target (NYSE:TGT), always quick on the uptake, has been moving into this "small store" segment for the past several years, picking up on this change in preference, and is now going with it full throttle.

What is the small-store format?

Target operates around 1,900 full-store format locations, each one averaging about 130,000 square feet. These are large enough to offer everything a customer could want, from food and toiletries to housewares and electronics. This was the original anti-department-store format, offering a cleaner, wider-aisled experience plus the in-store supermarket, all at better pricing.

But that format didn't work everywhere that Target shoppers wanted to be, so the growth-focused retailer went smaller. The company originally toyed with the concept in 2012, adding 30 small stores total until the time became ripe (over the past year) to expand the concept nationally. It opened another 30 small stores last year and plans to add 30 additional ones each year. 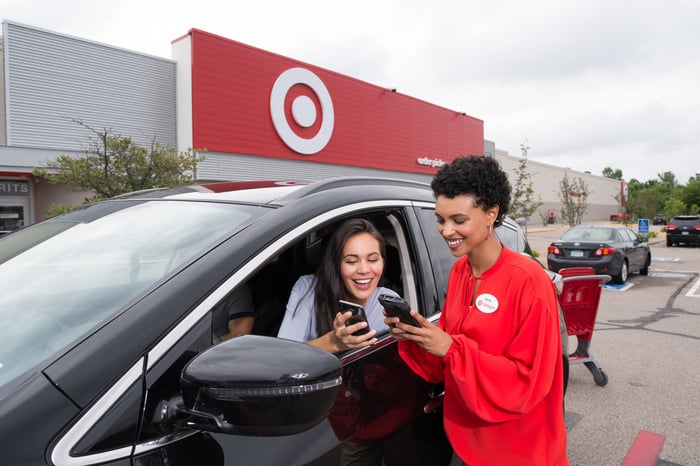 The smaller stores average 40,000 square feet -- about a third of the full size -- although they can be even smaller. They appear in denser, more urban areas, including commercial layouts and university regions, areas where it would be challenging to squeeze in a full-size store, and where much of the clientele is made up of affluent millennials.

Out of 26 currently planned openings for 2020, only one is larger than 90,000 square feet, and the smallest is less than 12,000. They appear in large cities such as Los Angeles and New York, and many are in close proximity to one another.

Why it works for Target

Target can access a much larger population with this approach: people who want to shop there but need a store close by. Each location fills its shelves with merchandise that fits the community's particular needs, whether school supplies and dorm provisions near universities or baby gear and toys in young, residential areas. It stocks the remainder of the space with a selected assortment of Target products.

Having stores close together in dense areas allows the company to achieve the smaller and more niche feel while targeting (no pun intended) more people. COO John Mulligan said, "Sales from this year's entire group of new stores are running ahead of our plan. ... They drive guest engagement and deliver strong financial performance, including much-higher-than-average sales productivity and meaningfully higher gross margin rates compared with our larger-format stores." These numbers, in addition to a flat-out excellent third quarter, helped push the consumer discretionary stock to an all-time high.

But there's an added advantage to this strategy. Aside from their own productivity, Target needs these stores to make its integrated approach work.

One of Target's strongest competencies is its ability to work the physical and digital parts of its business model together. If customers like being able to buy online and pick up in the store, there need to be stores nearby. Fast delivery also requires a close-enough presence.

Muilligan said, "80% of our third-quarter growth was driven by same-day fulfillment options, in-store pickup, Drive-Up, and [our delivery service] Shipt. Given that these same-day options rely on our store assets, team and inventory, they are much more profitable than traditional e-commerce fulfillment."

Target has seen stellar growth over the past two years as it battles with others to slow Amazon's growing hold on U.S. retail. While much of the retail industry has been struggling to find its way in this new omnichannel environment, Target is leading the way with its willingness to innovate.

Was it just providence that Target had the small-store format ready when it became an important part of a retail strategy? When the company first refined the model in 2014, it wasn't in as good shape as it is today, with flat revenue and falling earnings.

Perhaps it's more about the ability to recognize that this is where its business is going, and mobilizing to meet the changing backdrop. So if it's small stores today, it might be something else tomorrow, and the company should be able to anticipate and capitalize on current trends, whatever they may be.