The health insurance industry has gone through a lot of turmoil over the past several years, as lawmakers in Washington have targeted insurers through various healthcare reform measures. That's kept most conventional health insurance specialists on their toes, but for Aflac (NYSE:AFL), the story's been a bit different. That's because rather than providing comprehensive health insurance, Aflac tends to specialize in more tailored coverage options, and it also does a considerable amount of its business in the Japanese insurance market.

Aflac also has an impressive track record of rewarding its shareholders through consistent increases in its dividend payments year after year. Yet even with that history, some investors still worry that changes to the industry landscape could pose a threat to Aflac and its ability to keep growing. Below, we'll look more closely at how Aflac has put together a strong dividend growth history, along with some thoughts on whether it's likely to continue in 2020.

Aflac has done a good job of boosting its dividend consistently over time. During its early history, Aflac tended to give investors steady dividend growth, rarely doing anything that seemed like an extreme payout boost but still giving shareholders confidence in the health insurer's long-term trajectory.

In the 2000s, Aflac's dividend growth started to accelerate, especially with boosts late in the decade. Aflac's payout went from $0.06 per share in 2005 to $0.12 per share by 2008, and even in the immediate aftermath of the financial crisis, the health insurer still managed to deliver a 17% dividend increase in 2009. After that, Aflac slowed the pace of its payout growth somewhat, but it wasn't long before the stock reasserted itself and started accelerating its dividend increases once again. 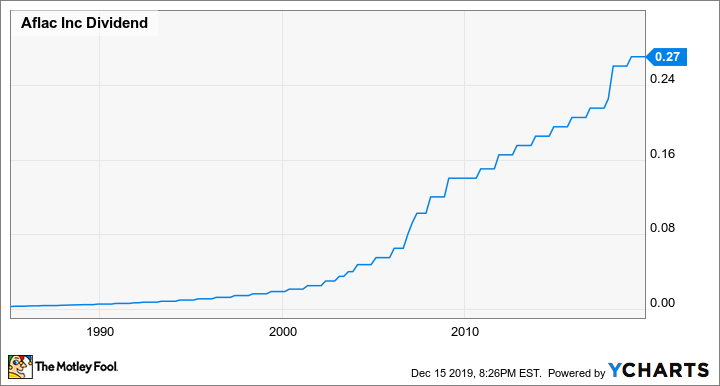 The most recent acceleration came largely as a result of the tax cuts in 2018. After having delivered a nearly 10% raise in the fourth quarter of 2017, Aflac did a back-to-back dividend hike, boosting its payout another 13% in the first quarter of 2018. That's put the insurance company on a first-quarter schedule for increases, which was different from when Aflac often did dividend hikes in past years.

Will Aflac hike its dividend in 2020?

Aflac has been through plenty of business cycles in its history, but the recent past has brought a downturn that has some investors concerned about the immediate future. Earlier in 2019, Aflac saw its year-over-year revenue decline, and it was also tough for the insurer to find ways to boost profits. The strength of the U.S. dollar was partially to blame for the results, but Aflac also saw some fundamental challenges that it had difficulty overcoming. 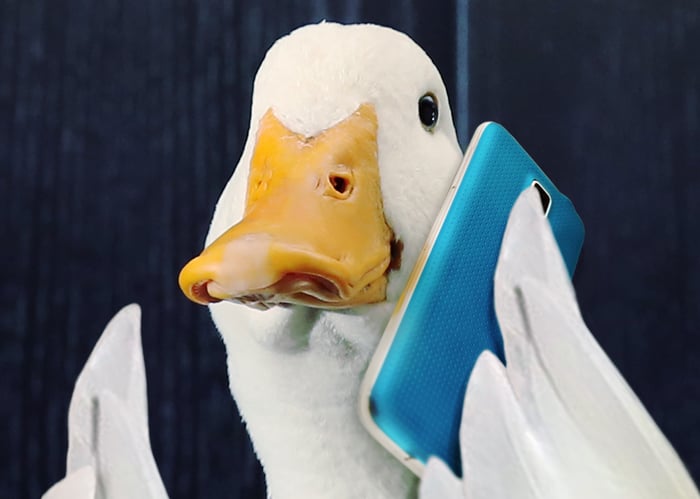 Yet Aflac has good ideas to speed up its growth going forward. The company has always sought to find value-added products that appeal to its customers, especially those who obtain policies through group options offered by employers. When Aflac can identify gaps in coverage, it's done a good job of capitalizing. For instance, traditional health insurance doesn't offer supplemental cash to cover living expenses due to illnesses or injuries, but Aflac does. Even as healthcare reform efforts move forward, Aflac should be able to pivot to offer new products in whatever areas reform fails to address -- and that could be a long-term winner for the company.

At this point, odds look good that Aflac will be able to deliver another dividend increase in 2020. With the company enjoying a low payout ratio and seeing a fairly good balance of growth opportunities and potential challenges, I think the most likely outcome is a $0.01-per-share increase early in the year, putting the quarterly payout going forward at $0.28 per share. That won't make Aflac a high-yield dividend stock, but it will preserve the insurance specialist's track record for another year.