Few investors have been as successful over their lifetimes as Berkshire Hathaway (NYSE:BRK.A)(NYSE:BRK.B) CEO Warren Buffett. Over a span of roughly 65 years, Buffett has transformed roughly $10,000 in seed capital into a net worth of more than $87 billion, as of Thursday, Dec. 12. Not to mention, Berkshire Hathaway's share price appreciation has created more than $400 billion in wealth for shareholders over the years.

Because Buffett has a storied history of beating the market, Wall Street and investors often look to the "Oracle of Omaha" for investment ideas. And what better way to get ideas than scour quarterly 13F filings with the Securities and Exchange Commission, which provide a portfolio snapshot for investors of what the biggest and brightest minds in the investment world have been up to.

A quick look at Buffett's 13Fs over the past three years shows that he's been upping the ante on three sectors in particular. 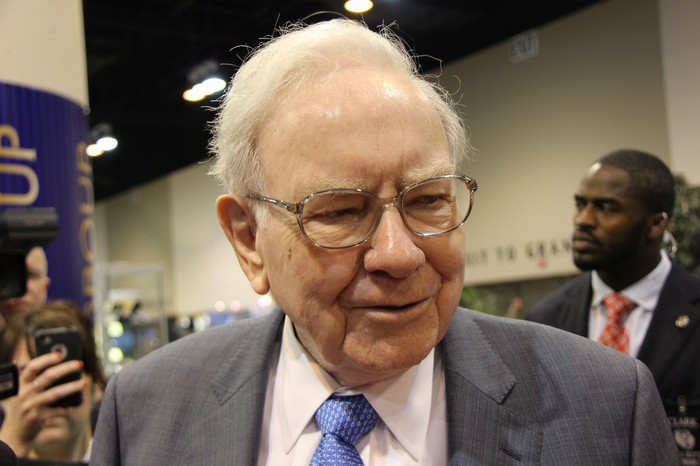 This probably comes as a surprise to absolutely no one, but Berkshire Hathaway has been steadily increasing its exposure to financial stocks for some time now. At the midpoint of 2016, Berkshire Hathaway had "only" 32.6% of its investment portfolio tied up in financials. But as of the end of the third quarter 2019, financials occupied a 46% stake.

Buffett has made it pretty clear that he really likes the profit potential of money center banks, which is why his position in Bank of America (NYSE:BAC) has been beefed up so much in recent years. Bank of America might very well be the most interest-sensitive of all the big banks. Thus, as the Federal Reserve moved interest rates off of record-low levels between December 2008 and December 2015, it began putting some serious pep into BofA's net interest income. Not to mention, the credit quality of Bank of America's loans has improved immensely, and the company has done an excellent job of reducing expenses by closing some of its physical branches and focusing on digital banking.

Berkshire Hathaway has also steadily increased its holding in JPMorgan Chase (NYSE:JPM). Buffett is a big fan of JPMorgan Chase CEO Jamie Dimon and has previously opined that he reads Dimon's annual shareholder letter to get a feel for what's going on in the banking industry. JPMorgan Chase typically has among the highest return on assets and return on equity among the major U.S. banks, and is currently sporting a market-topping 2.7% dividend yield. 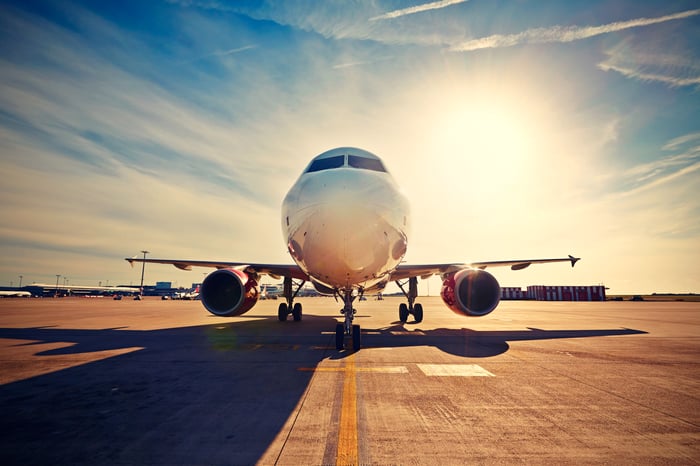 Now, this might come as a bit of a surprise. After having virtually no investment dollars tied up in the transportation space at the midpoint of 2016, Buffett now has 4.7% of his investment portfolio devoted to transportation stocks. And when I say "transport stocks," I pretty much mean airlines.

In the third and fourth quarters of 2016, Buffett began taking sizable positions in a number of major airlines, including American Airlines Group (NASDAQ:AAL), Delta Air Lines, United Airlines, and Southwest Airlines. The thesis behind these investments looks to be the dramatic decline in crude oil prices during the early part of 2016. Briefly touching below $30 a barrel, lower crude prices caused fuel expenses to significantly drop for airlines. This, in turn, helped to send profits through the roof.

Nevertheless, transports are an odd choice for the Oracle of Omaha, given that they require a lot of capital input to produce what's often menial margins. Persistently low interest rates have helped an industry that often relies on debt financing to expand and modernize their fleets, but airlines haven't shown the ability to deal with recessions well, at least historically. American Airlines is particularly worrisome, with more than $29 billion in net debt in tow. If the U.S. economy hits any significant bumps, American Airlines would be among the first of the transports to descend. Why the sudden interest in the tech space? Well, the fact is that Buffett had been investing heavily in IBM (NYSE:IBM) since 2011, but this investment soured over time. IBM's tardiness in promoting cloud products led to a multiyear sales slump from which it's yet to recover. Buffett subsequently sold out of IBM completely by 2018.

At the same time, Buffett quickly ramped up Berkshire Hathaway's stake in tech giant Apple (NASDAQ:AAPL), which he first bought in 2016. Today, Apple makes up more than a quarter of Berkshire's invested capital, which demonstrates just how much conviction Buffett has in the company and CEO Tim Cook. Buffett views the iPhone as an underpriced and underappreciated asset for the company, and has been a big fan of Apple's massive share repurchase plans. Also, few companies on the planet pay out more in annual dividends than Apple, and Buffett has no issue reaping the rewards of the company's steady dividend growth.