Developments at home and abroad are lifting the value of two noted companies on the exchange.

Say this for stock market trading in December -- it hasn't lacked for incident and drama. This week, we've been witnessing healthy doses of both among the market's top stocks, and Wednesday was more of the same, even if the markets ended up basically trading sideways in the end.

There was a full-scale shake-up in the executive ranks of a well-known retailer, and a political move on the other side of the world had big repercussions for U.S. companies in a particular industry. Let's take a look at two stocks that were affected by these happenings. 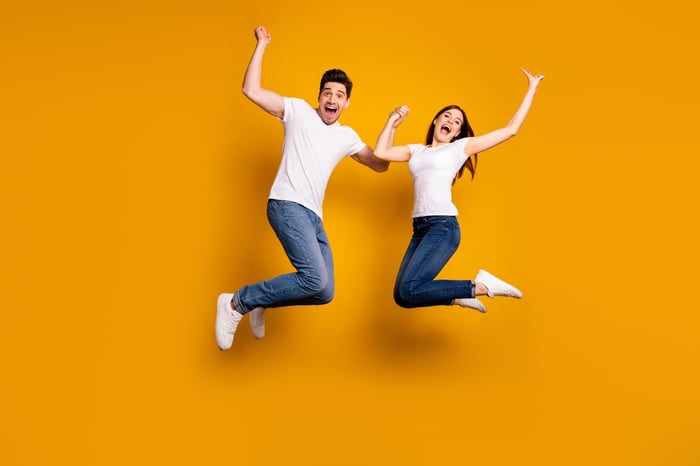 The shaker-upper was Bed Bath & Beyond (BBBY 8.08%), which announced a set of changes in its C-suite. Investors showed their approval of this move by trading the stock up almost 5% on the day.

Five top managers are departing their positions: the company's chief merchandising, marketing, digital, legal, and administrative officers. This follows the resignation of the chief brand officer last week. Interim executives are filling these jobs, and all (including the newly combined chief marketing and brand officer) will get permanent replacements.

"This is the first in a number of important steps we're taking," the company said in the press release detailing the change. "Balancing our existing expertise with fresh perspectives from new, innovative leaders of change, will help us to better anticipate and support our customers in their life journeys and shopping needs."

That would be good, because Bed Bath & Beyond is a banner victim of the retail apocalypse. The company hasn't modified its approach enough to thrive in a world where e-commerce is growing ever more prominent. It also hasn't shown much imagination in drawing customers to its brick-and-mortar stores, a requirement for survival in this age.

At least newish CEO Mark Tritton is clearing house, and setting the stage for new managers who might bring fresh ideas to this fairly tired retailer. Bed Bath & Beyond could use a thorough spring-clean given its stagnating top line and recent lack of profitability.

I don't think we should get too excited about the stock until we see if and how these changes filter down into the company's results, though.

Wynn Resorts (WYNN 1.29%) scored a win in the biggest casino market in the world. With the victory, its shares traded up by nearly 4% on Wednesday.

Said market is China's Macao, essentially Asia's version of Las Vegas. The People's Bank of China announced on Wednesday, subsequent to a visit there by the nation's president, Xi Jinping, that it was raising the Macao-mainland China remittance (i.e., money transfer) daily limit by over 50%, to 80,000 yuan ($10,263) from 50,000 yuan ($6,415).

Since mainland Chinese are by far the largest single group of visitors to Macao, this raise will almost certainly have an effect on their gambling and spending habits in the enclave.

Wynn, one of the six concessionaires allowed to run casinos there, badly needs a boost -- in its most recently reported quarter, the company revealed that the operating profit of its Macao properties had declined by 39% year over year.

It nearly goes without saying that this latest development is a positive one for all concessionaires (these include -- despite its name -- Las Vegas Sands and MGM Resorts International).

I wouldn't say, though, that it's exactly a game changer for Wynn. Macao is a tough, crowded market where operators really need to be at the top of their game to keep the profits flowing. Remittances benefit everyone equally, so they're not enough on their own to push Wynn ahead.

This news is certainly good for Wynn and its peers, but I wouldn't buy any of their shares on that alone.