Fast-food chains have been getting quite a bit of attention in recent months. New chicken sandwiches have created long lines and plant-based burgers have caused a stir. Wendy's (NASDAQ:WEN) made some noise of its own by announcing it would start serving breakfast again in 2020.

The company made the breakfast announcement back in September, and it sees strong growth opportunities in the space. Wendy's President and CEO Todd Penegor stated in the press release, "Launching breakfast in our U.S. restaurants nationwide provides incredible growth opportunities." He added, "We are well-positioned to pursue it. We believe we have the right team and structure in place, and we put Wendy's fan favorites on our breakfast menu to set us apart from the competition." 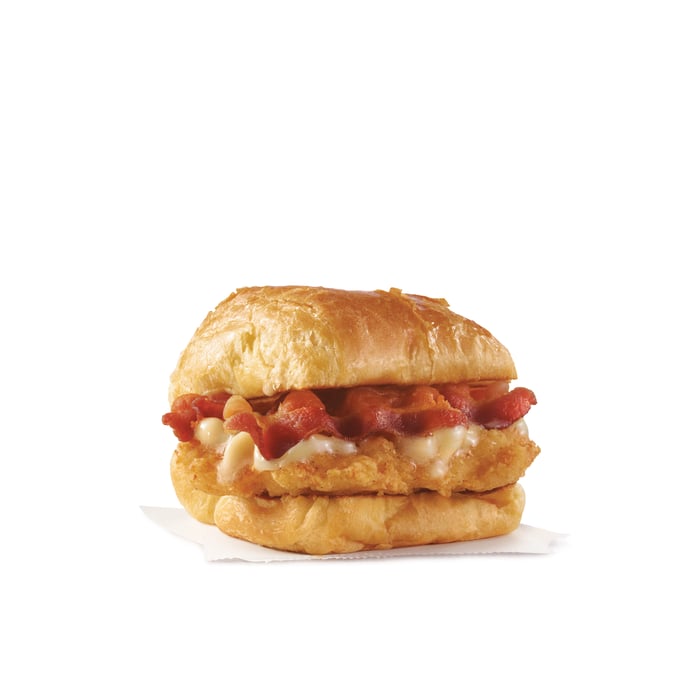 Wendy's was one of the few quick-service restaurant chains that didn't offer breakfast, and now it is catering to the growing demand. By bringing back breakfast, Wendy's is looking to grow its sales with a less costly and more proven means than some of its competitors.

Fast-food restaurants are constantly changing their menus and introducing new items in order to attract customers and grow. But the three biggest players in the fast-food burger arena have taken very different routes with the recent changes they've made. McDonald's (NYSE:MCD) has used technology to change the customer experience. The company introduced its app to allow customers to order ahead and have their order brought out to them. The app launched in the first half of 2017 with over 20,000 restaurants participating worldwide. Initially, the adoption rate was pretty slow, but it has increased over time.

McDonald's also introduced self-serve kiosks in its restaurants, where customers can enter their own order and bypass the cashiers. The kiosks were first introduced in 2015, and the company is trying to update 1,000 locations each quarter to include them. The company has found that the average check sees a slight increase as customers dwell a little longer at the self-service kiosk.

Burger King, part of Restaurant Brands International (NYSE:QSR), introduced its Impossible Whopper in August 2018. The plant-based version of Burger King's signature sandwich has been greeted with great enthusiasm, and it helped boost Restaurant Brands' sales in the third quarter.

Wendy's has been less aggressive with its changes, but the 4 for $4 campaign and the $5 Biggie Bag have been successful. The company's latest plan, to bring back breakfast, seems like the safest move among those of these three burger chains.

You could argue that playing it safe isn't the way to go, but Wendy's management seems to be focused on improving on what they have learned. When the company offered breakfast in the early 2010s, there were 45 items on the breakfast menu alone, and each restaurant required $10,000 in additional equipment. By most accounts, Wendy's previous push into the breakfast market was a failure. According to a recent Wall Street Journal article, the company abandoned its 2012 effort to serve breakfast nationally after only one year, with analysts citing "too eclectic a mix of healthy and indulgent options as well as competition from McDonald's and Starbucks Corp." as problems. This time Wendy's says there will be only 18 items on the menu, and no new equipment is needed.

What we want from fast-food restaurants

Quick-service restaurants (QSRs) are always making changes to their menus and their stores. They try to keep customers coming back by introducing new products as well as using new technological developments. These changes can be hit-and-miss, but breakfast has been around for thousands of years. (I know personally I have been trying to eat breakfast every morning for the last 52 years.)

With a successful return to the breakfast time slot, Wendy's anticipates that breakfast sales could account for 10% of total day sales and that it will require no new equipment needs and minimal staffing needs. According to the company, the breakfast offerings can be delivered with as few as three employees.

Wendy's looks to reverse slowing growth in earnings and sales

Wendy's announced its third-quarter earnings on Nov. 6, and the company beat its EPS and revenue estimates. It also raised its guidance: Instead of seeing earnings decline in the 3.5% to 6.5% range, it now sees a range of negative 1.5% to positive 1.5%.

After several years of flat or declining earnings, Wendy's seems to have turned the tide.

By bringing back a breakfast menu, Wendy's is making changes that it believes will help it keep the momentum going. But this isn't the only area where the company should see growth. From 2018 to 2019, digital sales (this includes ordering by text message, mobile apps, internet orders, and self service kiosks) are expected to increase by an estimated 325%. For Wendy's, its digital focus is on its app and internet orders. In addition, Wendy's has partnered with three companies to increase its delivery business: GrubHub, Uber Eats, and DoorDash.

With the changes Wendy's is making, I look for the company and the stock to maintain their upward momentum well into the future.