Although we're not in earnings season at the moment, quarterly results are trickling in for a variety of top stocks. As ever, these earnings reports matter, which is the major reason truck maker Navistar (NYSE:NAV) saw its stock price dip on Tuesday.

Meanwhile, over in Big Telecom, CenturyLink (NYSE:LUMN) didn't report anything; rather, it was a fresh analysis from an investment bank that dinged the shares.

Here's how and why both developments affected the two stocks. 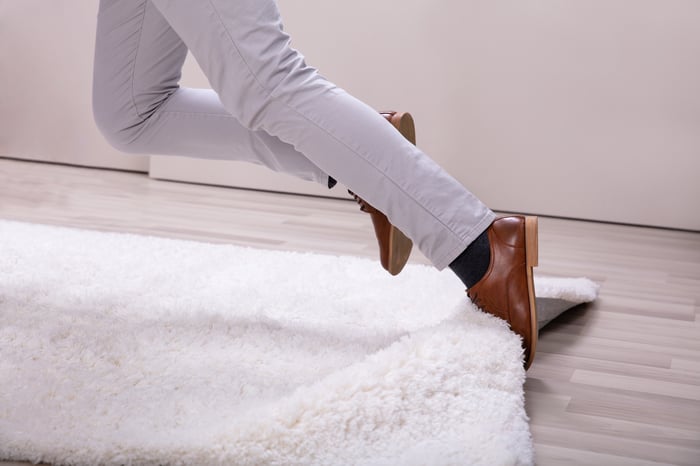 1. CenturyLink: A change in recommendation

Morgan Stanley has cooled on CenturyLink.

On Tuesday, the influential investment bank downshifted its recommendation on the stock from overweight (Morgan-speak for "buy") to equal-weight (neutral). In so doing, it also sliced its target price, to $14.80 from $16. Investors dutifully responded by trading CenturyLink down by more than 3% on the day.

Morgan believes that the telecom sector, in general, is facing a rougher time in 2020. One headwind that wireline specialist CenturyLink will specifically have to face is ever-intensifying competition from wireless providers. Next year is when powerful 5G networking is slated to be rolled out, and this will really put zip into mobile connectivity.

The investment bank also cited factors such as an intensifying regulatory environment and tightening IT and telecom budgets at American companies.

These are valid points. CenturyLink is decidedly a riskier play than other famous telecom names, as it has built its future on wireline. That's a key reason its revenue has been sloping down lately: Rival technologies, which are proliferating these days, are pressuring that legacy business.

That said, CenturyLink still throws off plenty of cash. Enough, in fact, to support a very rich dividend with a yield of just over 7%, as of this writing. It's also a more muscular company following the 2017 mega-deal that brought Level 3 Communications and its extensive lightning-fast fiber network into the fold. Happily, Level 3's dynamic CEO, Jeff Storey, now has the same job with CenturyLink.

So CenturyLink is a gamble, but I think it's a good one. A legacy business doesn't have to be a dead business, and this company is actually doing a good job keeping wireline relevant and generating plenty of cash from it. I'm a bull on CenturyLink, and I think it should be considered seriously by investors.

Navistar didn't close out its fiscal 2019 in glorious fashion. On Tuesday before the market open, the company unveiled its Q4 fiscal 2019 results. The market greeted this by selling off the stock, which closed over 10% lower.

Both revenue and net profit were down notably on a year-over-year basis. Revenue dropped by 16% to nearly $2.8 billion, while GAAP net income fell a steep 46% to $102 million, or $1.02 per share. But the latter number convincingly beat the average analyst estimate of $0.96.

Both declines can be attributed to suffering from comparison to Q4 2018, a very busy and lucrative quarter for the company on the back of high customer demand. The sale of the company's Navistar Defense unit in that quarter also had a distorting effect.

Still, the company said it's expecting 2020 to feature more customer emphasis on truck replacement than new vehicle sales. As a result, Navistar trimmed its guidance for that fiscal year, and it's now expecting $9.25 billion to $9.75 billion in revenue, down from the previous range of $10.0 billion to $10.5 billion.

It seems to me investors are more concerned about Navistar's comments on the slowing truck-economy cycle than they are about the decline in the headline fundamentals or the shaved guidance. I take their point: Considering this market's dynamics, although a 10%-plus stock sell-off feels like a bit of an overreaction, it might just be wise to avoid Navistar shares for now.