It has been several years since Bausch Health (NYSE:BHC), formerly known as Valeant Pharmaceuticals, made headlines for jacking up drug prices through its specialty pharmacy, Philidor. Even now, after a new name, a new management team, and a new business strategy, the company is having trouble escaping its past -- but a recently announced settlement might help to change that.

This week, Bausch Health agreed to pay a staggering $1.21 billion to prior shareholders who believe the company misrepresented key financial data in the lead-up to its stock-price collapse in 2015. While Bausch isn't admitting to any wrongdoing, the agreement suggests that management wishes to avoid a drawn-out, reputation-tarnishing legal battle and lock these skeletons in the closet once and for all. 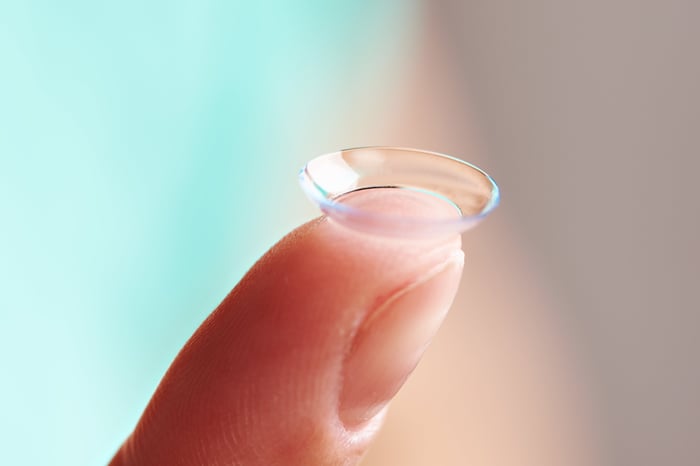 From darling to debacle

Trading at upwards of $200 per share in 2015, Valeant Pharmaceuticals was once a Wall Street darling. The company employed a unique business model that featured leverage-driven acquisitions and aggressive exploitation of pricing power.

Put plainly, Valeant used debt to buy the rights to patent-protected drugs, then hiked their prices to astronomical levels.

The strategy gained mainstream attention in 2015 when Valeant bought two life-saving drugs, Nitropress and Isuprel, only to rapidly increase their prices by over 300% and 700%, respectively. Later, Valeant's inappropriate relationship with Philidor -- a specialty pharmacy that was used to further exploit its pricing power -- was exposed.

The stock quickly collapsed, leaving many of America's biggest investors holding the bag -- and they didn't take this lightly.

The Valeant "stock drop" case, as it is known, is one of several major legal challenges Bausch Health faces over its actions as Valeant Pharmaceuticals. The case is joined by lawsuits from institutional investors TIAA, T-Rowe Price, and CalPERS, all of which filed claims in New Jersey, along with a separate class-action lawsuit filed in Quebec, Canada, where Bausch Health is based.

Can Bausch Health escape its past?

With all these lawsuits on the table, it may look like Bausch Health is having a hard time progressing beyond its Valeant days. But management believes things are moving in the right direction. According to CEO Joseph Papa, the settlement is a key milestone in the company's transformation, allowing Bausch "to close the door on one of the more meaningful and unpredictable liabilities associated with the legacy Valeant era. The settlement of this case removes a cloud of uncertainty and ensures that current and future stakeholders will enjoy the benefits of the ongoing transformation of Bausch Health."

Can Bausch afford this settlement?

That said, $1.2 billion is a huge amount of money for any company to pay -- especially one in a tight financial position. And with over $23 billion in long-term debt compared with only $825 million in cash and $3.5 billion in projected 2019 EBITDA, Bausch is certainly that. There's no question the settlement is a major obstacle to Bausch's goals of paying down debt and returning to growth.

However, by skillfully restructuring and refinancing current debt -- as well as issuing additional debt with longer-term maturities -- Bausch Health can maintain strong liquidity despite its legal challenges. This strategy may look a bit like robbing Peter to pay Paul, but it buys time for the company to get its house in order.

As of the most recent financial statement, Bausch Health only owes $561 million for the remainder of 2019, with another $1.5 billion coming due in 2020. Obligations become significantly heavier in 2021 and 2022, when about $4.7 billion in long-term debt will mature.

A clear view toward the future

Bausch Health has had trouble outliving its past, but this recent settlement is a strong move forward. Although the $1.21 billion payment will be difficult for the company's bottom line, it's worth it to get this litigation off the table so management can focus on paying down its debt and reinventing its tarnished image.

On the operational side, Bausch Health has a lot going for it. Bausch & Lomb International, its core eye-care division, has posted 11 consecutive quarters of organic revenue growth; an acne drug is set for an FDA decision on Dec. 22; and Salix, its gastro business, continues to expand. Despite its challenges, Bausch Health boasts an impressive portfolio of rapidly growing healthcare assets, and the stock is still a good way for biotech investors to own a piece of the eye-care industry at a significant discount to its competitors.