Dividend stocks with high yields are at the top of income-seeking investors' holiday lists, for good reason. With the world operating in a low-interest-rate environment, stocks that pay a nice return are in demand.

But high-yielding dividend stocks aren't all created equal. There are stocks that can pay a high dividend on a sustainable basis, and stocks that run into trouble. Among the first things to slash when times are hard is that payout to investors.

Investors seeking a high return on their investment need to find the standouts: ones that have a healthy balance sheet, a history of raising dividends, a growing business, or all of the above. Three stocks that fit that bill are Altria (NYSE:MO), Carnival (NYSE:CCL), and Verizon Communications (NYSE:VZ). Read on to learn why. 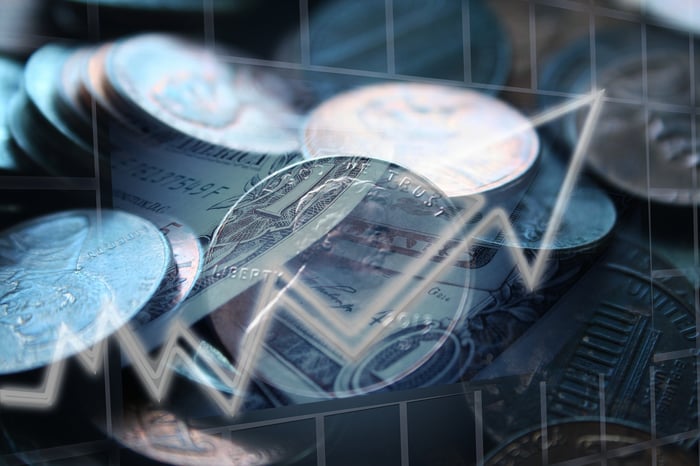 Altria's shares may be under pressure, but the parent of Philip Morris, one of the nation's largest cigarette companies, has consistently raised its dividend for more than two decades. Altria isn't enjoying red-hot growth, but it is riding the shift toward smokeless products and the increasingly legal marijuana market.

Outside of its 50% market share in the tobacco industry, Altria has a 35% stake in JUUL Labs and a 45% stake in Cronos Group, the marijuana researcher and grower. Altria bought both stakes a year ago, initially investing $12.5 billion in JUUL and $1.8 billion in Cronos.

It was forced to take a $4.5 billion writedown of its investment in JUUL after several deaths were linked to vaping. The writedown includes the likelihood of an increase in U.S. Food & Drug Administration action to remove flavored e-vapor products from the market. Conversely, it could also be a boon for JUUL if there is too much red tape for the smaller players to cut through.

On the dividend front, Altria has raised the annual payout for ten years in a row, with it now yielding 6.5% and paying out $3.36 per share annually. Its payout ratio, which is the amount of earnings paid as dividends to investors, stands at almost 80%. In the third quarter, it paid $1.5 billion in dividends.

Verizon Communications may not have a stock that is up double digits this year, but yield-seeking investors get a company that is increasing its quarterly dividend and can have more growth as the 5G market takes hold around the world. For its third quarter, it was only able to report a 1.4% increase in year-over-year revenue from its consumer customers and no growth in the business segment; total revenue was up 0.9%. Cash flow did increase thanks in part to cost-cutting.

Regardless, in September, Verizon raised its quarterly dividend by a quarter-cent to $0.615 a share. Its dividend yields a 4% return, paying $2.46 a share annually. and has been rising for 14 years. The payout ratio stands at 50.9%.

On the 5G front, Verizon is pouring billions of dollars into the build-out of its networks. It beat its rivals AT&T and T-Mobile to be the first with 5G service, which is now available in several major cities, including Dallas, Boston, New York City, and Atlanta. It's also inked partnerships with NFL stadiums to show off 5G capabilities during games and events.

Carnival Cruise's diversification should help it weather any storms

A cruise may not be in the cards for most people in a recessionary environment, but with that still in the distance and with Carnival Cruise Lines a leader in the industry, its stock and its dividend should do well in the New Year. It doesn't hurt that shares have been sold off to a point that it now presents a buying opportunity. So far in 2019, the stock is off 5%.

This not only gives Carnival diversification, but also enables it to get deals when buying supplies for its different cruises. While the U.S. may be heading into a recession that will force Carnival to lower prices, in Europe the economy is improving, which bodes well for the cruise line operator. Oil prices haven't been rising in recent days, which could also help the company on the earnings front.

As for its dividend, Carnival Cruise currently has a 4.3% yield and has been raising its payout for four years. The payout accounts for 46.8% of its earnings.