Microprocessor and computer graphics chip maker Advanced Micro Devices (NASDAQ:AMD) is on a roll these days. The stock is not only setting 10-year highs on a daily basis, but it also hovers roughly 10% below the all-time highs that were set back in the dot-com boom of 2000.

Is it too late to buy into AMD's fantastic growth story, or is the stock destined to climb even higher?

How AMD reached these lofty heights

The chip designer's surge started in 2018, when several positive factors combined to drive the stock higher. Archrival Intel (NASDAQ:INTC) showed a chip in its mighty armor, running into issues that delayed the company's move into a next-generation manufacturing process. AMD's chipmaking partners escaped the woes that tripped up Intel, opening up a rare window of time where AMD held the manufacturing edge over its larger rival.

The company did not simply stumble over an unearned growth opportunity, of course. AMD had to exploit its manufacturing advantage with a strong slate of new product designs, and the company delivered exactly that. The momentum continued in 2019 as Intel continued to struggle with its process upgrades, allowing AMD to steal valuable market share in the data center market.

AMD has posted consistently positive operating margin since the start of 2018, alongside generally rising revenue. Investors latched on to the business improvements to quadruple AMD's share prices in two years. 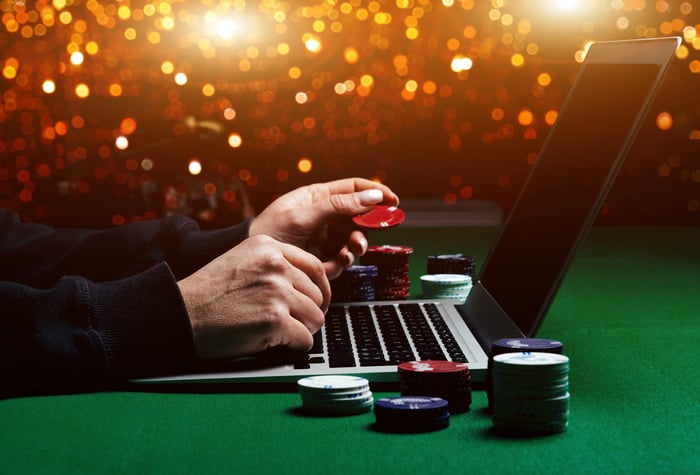 It's true that AMD's sales and profits have skyrocketed lately, and that the company is gaining ground in several key markets. At the same time, investors already priced high expectations into the current stock price. Right now, AMD's shares are trading at nosebleed valuation ratios such as 215 times trailing earnings, 73 times EBITDA profits, and 22 times book value. Any value investor will tell you that these numbers are absolutely bonkers, requiring AMD to execute on every plan and opportunity with a near-perfect batting average for several years.

That's a tall order. I do appreciate that AMD is delivering on its promises at the moment, but Intel will surely put its manufacturing house in order and plot its revenge on AMD's market share gains. AMD's downside risk looks both larger and easier to trigger than the upside promises that form the basis for its nosebleed valuation.

I wouldn't recommend buying AMD shares at these prices, given this massive execution risk. A small, speculative bet might make sense, but it's hardly time to bet the farm on this ticker.