Black Friday and Cyber Monday may get all the media attention, but Super Saturday -- the Saturday before Christmas -- could be bigger than both, according to an annual survey by the National Retail Federation (NRF) and Prosper Insights & Analytics.

An estimated 147.8 million U.S. consumers are expected to shop on Super Saturday, the study reports. That's up from 134.3 million last year.

"While many people started holiday shopping early, those who waited until Thanksgiving weekend are feeling the pressure due to the limited number of days this year between Thanksgiving and Christmas," NRF CEO Matthew Shay said in a press release. "But there is still time to catch up. The last Saturday before Christmas has become the biggest shopping day of the year, and we expect an impressive turnout by procrastinators and those who just want to take advantage of really good deals." 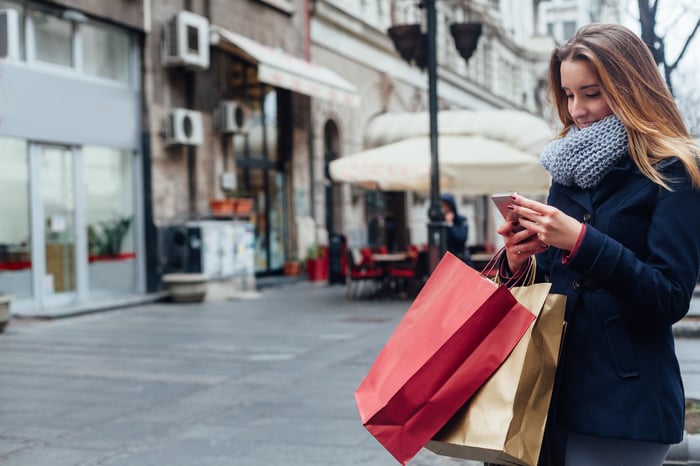 We're past the halfway point

By the beginning of December, 86% of Americans had started their holiday shopping, and as a group, had already completed 52% of it. That's down slightly from the 88% who had started before December last year, and the 58% of the holiday shopping finished by that point.

Notably, however, this year's numbers are similar to the results from 2013, the last time where there were only 26 days between Thanksgiving and Christmas. That year, shoppers had completed only 50% of their purchasing at the same point in the holiday season.

For retailers, the next few days represent a major opportunity. According to the survey, 56% of shoppers plan to buy their final gifts during the week before Christmas, and 62% expect to shop on Super Saturday.

"Most of us are guilty of having that one last gift we need to buy," Prosper Executive Vice President of Strategy Phil Rist said. "Men and younger consumers continue to be the biggest procrastinators and are expected to turn out in force on Super Saturday."

Holiday shopping, it should be noted, does not end at Christmas: 68% of those surveyed said they plan to shop during the week after Christmas. Nearly half (49%) of respondents cited post-holiday sales promotions as a reason to shop, while 27%, expecting to get gift cards as presents, intend to redeem them that week.

Stick to your budget

Super Saturday will offer gift-hunters one last chance to hit the stores before Christmas, and retailers will be pulling out all the stops -- offering deals, doorbusters, and other specials designed to part you from your money.

In-store or online, shoppers can expect to be beset by temptation, so it's all the more important to stay focused, and not lose sight of your budget. You only have so much discretionary income to spend, and if you allow "it's only once a year" to become an excuse for going overboard, you'll buy yourself financial problems that could follow you well into next year (and maybe longer).

If you're going to shop on Super Saturday and take advantage of the sales, have a plan. Know what you need and how much you have to spend. And just as important, make sure you have researched any big purchases you're considering, so that you'll be able to tell the difference between the holiday hype and the actual deals.