If you can't get to Disney World this holiday season, at least you can get to Target.

Over the summer, Target (NYSE:TGT) announced that it was opening mini Disney (NYSE:DIS) theme shops within some of its stores, as well as a Disney "digital experience" in the Target app. With movie-based toys increasing in popularity, this is a winning mix for the two powerhouse companies.

Target has always sold Disney-licensed products, but the new arrangement ups the count and gives the retailer exclusive products that are otherwise sold only at Disney stores.

Beyond that, the store is creating an "experience," the new way to the customer's heart. This features a lounge area in which movie clips are played on a large screen surrounded by Disney merchandise, music, interactive displays, movie-based games, and props for photo ops. 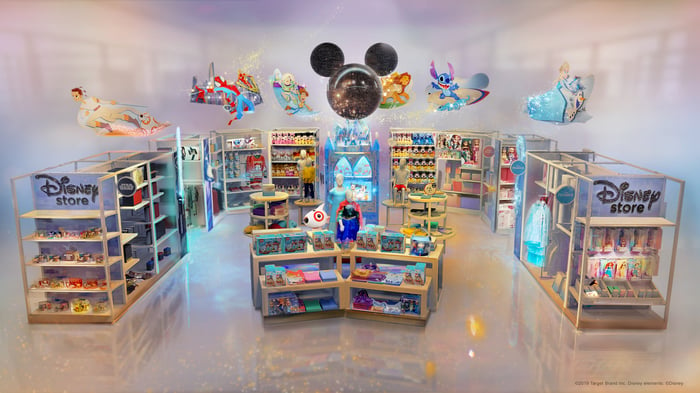 The shops are only available in 25 Target stores right now, but the company is planning for at least 40 in total. So far, the digital experience is no more than a glorified dedicated Disney shop, but the specialized web-shop appearance adds to the hype -- and, Target is hoping, to the sales.

Another component of the partnership is the opening of small-format Target shops on Disney campuses, slated to open in 2021, so this is looking to be a long-term partnership.

With the rollout of the minishops coordinating with the release of two expected Disney hits and the commencement of the holiday shopping season, Target couldn't have timed this launch better.

When Frozen originally came out in 2013, no one knew how huge it was going to be. Companies scrambled to get toys out, and big opportunities were lost. Having the shops in place and well stocked in anticipation of the releases is key to juicing the most out of sales.

What Disney does for Target

Toys are big at Target. The company's excellent third quarter saw a leap in toy sales, and it's growing its toy offerings for the holidays. Its fourth-quarter outlook of a 3% to 4% increase in comps includes toy sales as an important element.

This year in particular, retailers need to play everything right, with six fewer days for the shopping season. Target's capitalizing on the Disney opportunity to give the season everything it's got. Last year, Target had a blockbuster holiday season, with comp sales up 5.7% and comp digital sales up 29%, part of which was fueled by toys, but there were no new Disney movies. Heavily pushing the double Disney punch could help make up the missing sales from the lower number of shopping days.

Movie-themed merchandise has become a very heavy hitter in toys recently as national toy sales have flattened, and these items make up a large chunk of overall toy sales.

What Target does for Disney

Disney is already benefiting from the movie hype. CEO Bob Iger said that during the fourth quarter of 2019, "Consumer products operating income was up 36% due to growth in merchandise licensing, as a result of strong revenue growth from sales of Frozen and Toy Story merchandise."

Not willing to make the same mistake as losing potential profits from the original Frozen, Disney has signed licenses with even more toy makers and agreements with more stores to sell them this time around.

With its huge reach, including all 50 states, strong customer satisfaction, and well-organized fulfillment options, Target is a natural ally for the iconic entertainment studio.

Disney's seeing fantastic results from the record-breaking debut of Frozen II in theaters, and toy sales will add to the bottom line for this top stock for the holiday shopping season.