Comcast (NASDAQ:CMCSA) is a great example of what can happen when you find a promising business while it's relatively small, buy some shares, and hold them for decades. What started as one 1,200-subscriber cable business in Tupelo, Mississippi, has grown into a leading media and entertainment company. In addition to its core cable, internet, and voice services, Comcast also owns NBCUniversal and U.K.-based Sky. In total, these business operations generated more than $100 billion of revenue and $12.4 billion in net income over the last four quarters.

Obviously, Comcast has been a significant winner for investors, so let's see how much money you would have made if you had bought the stock at the initial public offering (IPO) price. 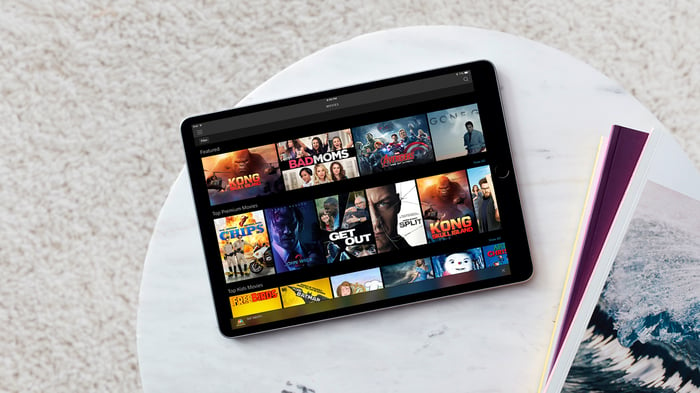 Comcast first sold shares to the public on June 29, 1972, at $7. The stock split a dozen times over the years, transforming a single IPO share into 230.66 shares today.

As for dividends, Comcast currently distributes a quarterly payout of $0.21 per share. So, you would receive $6,878 per quarter, or $27,512 every year in dividend income.

Still growing in the age of streaming

Despite all the talk about cord-cutting amid the broad emergence of streaming video options, Comcast is still delivering stellar returns for shareholders. The stock price is up 400% over the last 10 years. Revenue and earnings have continued to increase as the company has invested in new technology and services to combat the competition from digital streaming services.

Comcast has spent years bulking up its content offerings and services, with acquisitions including E! Entertainment, Fandango (movie ticketing service), and NBCUniversal -- and more recently, DreamWorks Animation and Sky.

The company continues to attract new subscribers for its core cable business, helped by its bundle of premium content, high-speed internet, and business services. It just crossed the 55 million mark in direct customer relationships in the third quarter. The addition of Sky caused revenue and adjusted earnings per share to surge 21% and 16%, respectively, year over year. Cable communications segment revenue increased by 4% year over year in the quarter.

Comcast stock is up 29% for 2019. While more customers are signing up for Comcast's bundle of services, investors should closely watch emerging technologies on the horizon. One potential problem for Comcast could be Alphabet, with its Google Fiber project. That offering has failed to take a meaningful share of the internet service market so far, but Alphabet is still trying to lay the groundwork to bypass the traditional telecom companies over the long term.

Another potential roadblock for Comcast could be the arrival of 5G wireless service. To some extent, Comcast may be shielded from this threat based on the trend of rising bit consumption. Streaming 4K video and playing games require a reliable and fast internet connection, which Comcast's wired high-speed internet service can handle. Still, we live in a mobile era, and more people like to stream video on the go.

Comcast faces plenty of competition, but its recent performance suggests it still has a compelling bundle of services for customers. Its increasing scale, content, and technology should continue to work to the advantage of investors in the near term, but it's unclear at this point where Comcast will be in 10 years based on technological advancements in delivering fast internet speeds.