Activision Blizzard (NASDAQ:ATVI) is a different business from what it was a decade ago. The growth strategy has shifted from a focus on new game releases to year-round engagement through consistent releases of additional in-game content.

While this new business model has benefited the company's profitability, it's apparent that new game releases are still required to keep revenue growing. Over the last five years, revenue has increased a total about 60%, which is not that impressive in an industry with so much opportunity. If we exclude the acquisition of King Digital Entertainment and the launch of Overwatch in 2016, there would probably be no revenue growth at all.

The relatively low rate of top-line growth pales in comparison to the boom in mobile game sales since 2010, a $68 billion market that was basically nonexistent before the iPhone. Activision is missing out on this demand, but the wait for investors may be over. 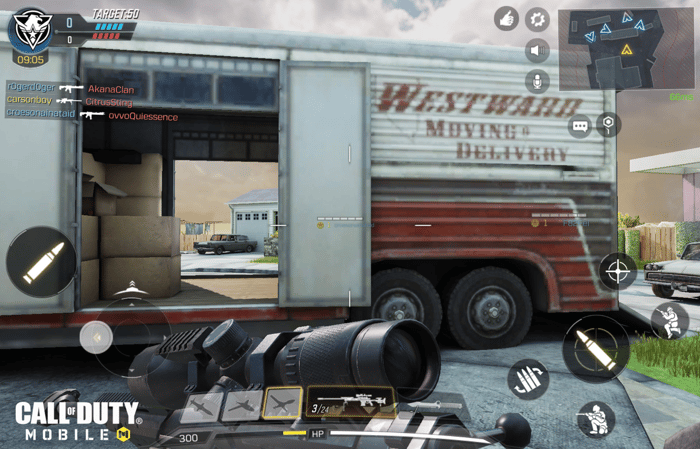 Making a splash in mobile games

In October, Activision launched Call of Duty: Mobile, a title developed by the Chinese gaming giant Tencent (OTC:TCEHY). The game was downloaded 148 million times in the first month of release, according to data from Sensor Tower, which provides mobile app marketing intelligence. That makes Call of Duty one of the top two most successful mobile game launches ever.

Tencent is the world's largest game company. It generates annual revenue of 87 billion yuan (about $12 billion) from smartphone games alone, a figure that dwarfs Activision's approximately $7 billion in annual revenue, coming mostly from sales of PC and console titles. Call of Duty: Mobile is a great start for Activision Blizzard as it tries to beef up its mobile lineup and improve its growth prospects.

Call of Duty: Mobile is having a lot of success out of the gate, but it's still waiting to be approved in China, the hotbed of the global mobile game market. This is where the partnership with Tencent may come in handy -- Call of Duty: Mobile has a decent chance to eventually get a release license, given that Tencent has released more than 140 games in China. It would be a game-changer for Activision as about 95% of Chinese gamers play mobile games, and any company that wants a crack at those 767 million players must partner with Tencent, which understands the market better than anyone else.

One of Tencent's more popular games is PUBG Mobile, which has been an enormous success. All-time sales of the game, which are generated from in-app purchases, broke the $1 billion barrier this year. By contrast, Call of Duty's 148 million downloads were well above PUBG Mobile's 60 million downloads in the first month after launch.

However, the success of this mobile title will depend on the content that is released and whether it's good enough to keep players engaged. A report from Bloomberg mentioned that revenue will be split between Tencent (the developer) and Activision Blizzard (the owner of the Call of Duty franchise).

Whatever the agreement calls for, Activision should be able to marginally pad its profits with this title. But with management prioritizing audience growth in the short term over profitability, that will take time. Analysts are currently calling for the company to grow earnings next year by 13% to reach $2.50 per share.

Other mobile initiatives are underway to drive growth

Another mobile title already in the works is Diablo Immortal, which is being developed by another Chinese video game leader, NetEase (NASDAQ:NTES). Diablo 3 was the fastest-selling PC title in history when it launched in 2012, but it's uncertain how popular the mobile version will be, since the franchise mainly appeals to a PC audience. The announcement of Diablo Immortal drew a round of boos from Blizzard fans when it was announced at BlizzCon 2018, but on the other hand, this title may not be aimed at die-hard Diablo fans.

What it appears Activision is really trying to do with this new mobile push, including Call of Duty, is to significantly expand its reach to new players, one of the pillars of the company's long-term strategy. Die-hards will likely stick with Diablo 4 when it releases on PC, but casual players on mobile devices may turn Diablo Immortal into a surprise hit, especially if it is approved in China with the help of NetEase.

There's no doubt that Activision Blizzard has the fan base and compelling franchises that could be successful on mobile devices. If Call of Duty, a best-selling first-person shooter on console, can have this much success on a small mobile screen, anything is possible with other games, including Overwatch, a popular esports title that has sold 50 million copies since its 2016 release.

CEO Bobby Kotick recently stated that he sees "no reason why [monthly active users] shouldn't be one billion in the next five years." There will certainly be challenges along the way. It's difficult to predict which games will be hits or misses, but Activision is partnering with the best in the business in Tencent and NetEase. These companies understand what Chinese players like and have built very successful businesses around online games. It appears Activision is taking a page out of their playbook to join the club.

With Call of Duty: Mobile off to such a strong start, there's no reason to doubt Kotick's statement at this point.