As 2019 draws to a close, Snap (NYSE:SNAP), the parent company of Snapchat, will look back at this year as the best since it became a publicly traded company in March 2017. Snap's shares have soared by more than 160% this year, and there are several reasons to think the company can continue on its dazzling upward trajectory.

First, Snapchat's user growth -- which has been one of the catalysts behind Snap's strong performance this year -- is projected to continue at a steady pace over the next few years. According to a report by eMarketer, the number of users on Snapchat will be 293 million by year-end, and the platform will boast 356.3 million users by 2023.

Second, the company is doing an increasingly better job of monetizing user engagement. During the third quarter, Snap's average revenue per user (ARPU) was $2.12, 33% higher than it was during the year-ago period. These factors (and others) recently prompted analyst Ron Josey to upgrade Snap's stock to a buy and assign it a $20 price target, which represents a 31% upside from its current levels.

However, despite its massive gains this year -- and its reasonably attractive prospects -- several obstacles could derail Snap's march forward. Here are two such obstacles. 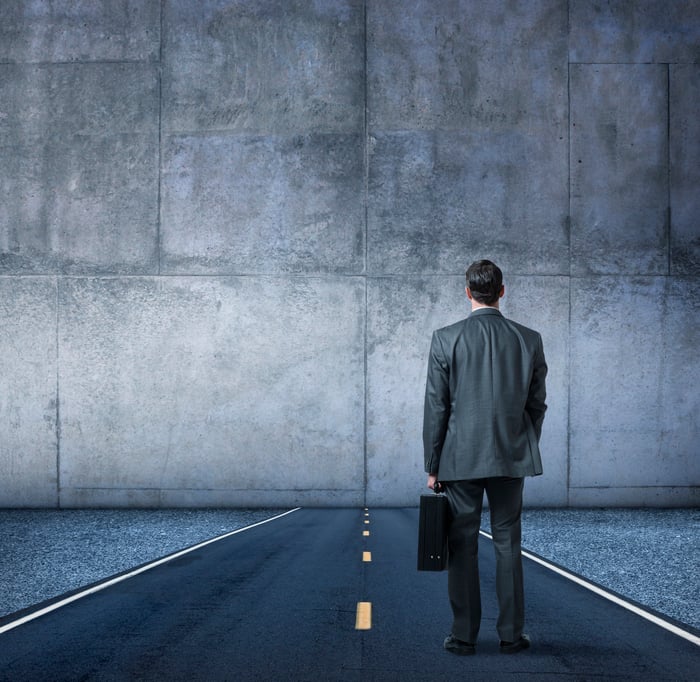 Facebook's (NASDAQ:FB) Instagram famously copied Snap by offering its own version of the "stories" format for which Snapchat originally became famous. A little over three years after the fact, Instagram Stories is performing very well. According to a report by Socialbakers, ad spend on Instagram Stories grew 70% year over year during the third quarter, and it accounted for 10% of Facebook's ad spend at the end of the quarter.

The feature also boasts 500 million daily active users. This means during the third quarter, Instagram Stories had more than twice the number of DAUs Snapchat had. Sure, Snap has done a better job of increasing user engagement with features such as Discover. However, Instagram's much higher DAUs -- and Facebook's potential to monetize this engagement -- could continue to present headwinds for Snapchat moving forward.

Snap's pool of competitors will expand next year. In particular, Quibi, a mobile platform for short video series (10 minutes or less), is set to launch in April of 2020. The platform will be a paying one, and it will be worth $4.99 with ads, and $7.99 without ads. Quibi won't be just any other short video service, though. The platform will feature a slate of video series featuring A-list celebrities and Hollywood stars. For that reason, Quibi could attract a strong following right out of the gate.

So far, more than two dozen series have been confirmed for the platform, and it has already secured about $100 million in ad sales. Of course, there is no guarantee that Quibi will be a smashing success, nor can we say for certain that, even if it is a success, Snapchat's user growth and engagement will suffer as a result. Still, considering the already competitive nature of this industry, the last thing Snap needs while it continues to stage a comeback is even more competition.

Even with the challenge posed by Instagram Stories and the upcoming challenge from Quibi, Snap could continue to grow its user base, increase its revenue, post market-beating returns, and become a growth stock worth buying. However, it is important for investors to keep these obstacles in mind and watch carefully how things evolve.