When it arrived on the retail scene, Under Armour (NYSE:UA) (NYSE:UAA) was the hottest name in athletics, the modern answer to older giants Nike and Adidas. Its technically advanced and up-to-date styles were a fresh concept in athletic apparel and footwear, and the company's sales soared.

Close to a decade after its creation, the magical two-digit growth started to decline, and the company has been scrambling to turn itself around and get back to its origins as a forward-thinking and breakout brand. 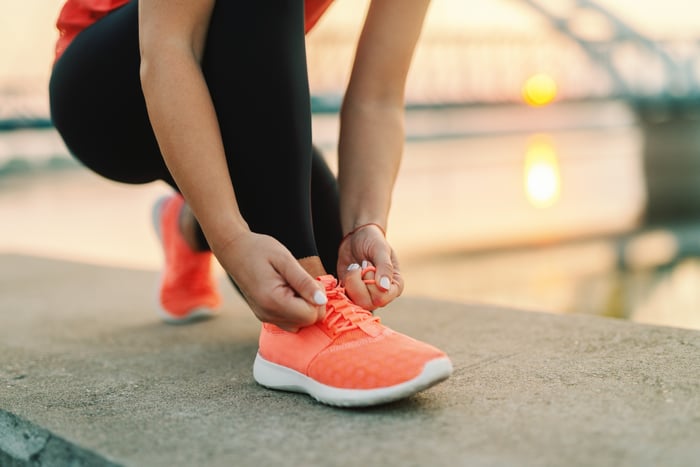 Where did the company go wrong?

Two main issues have been plaguing the company this year:

The company is fighting the allegations and stating that it did nothing illegal, and experts confirm that these types of behaviors are in fact not uncommon.

The issues that are causing the company so much heartache at home are not problematic internationally, where Under Armour is still enjoying solid growth.

International revenue made up 26% of the total in the third quarter of 2019, and keeping that segment growing is an exciting possibility. Retailers focused on international growth have the greatest opportunities in the global marketplace, and companies such as rivals Nike and Skechers are seeing greater returns from their worldwide transactions.

Can we expect Under Armour to bounce back?

Two matters need to fall into place before Under Armour can be considered a buy.

The company is still a powerhouse brand bringing in over $1 billion in revenue this quarter. With the consumer discretionary company's stock price at a low, some analysts are already suggesting that it's ready to take a turn for the better.

The intensity of the allegations is already dying down as the company sticks with its story that it did nothing against the law. With CEO Kevin Plank handing over the reins of the company to current president Patrik Frisk, the company is recognizing its limits and looking to change its ways.

Under Armour's stock price has been slowly increasing as the potential fraud becomes less of a story and investors see the bigger picture -- a large company with high sales and a successful product line struggling to use all its capabilities to propel itself into a better position. I wouldn't call it a buy just yet, but it's a high-potential company to monitor.