The stock market picked up some ground on Thursday morning, as investors looked to see whether the traditional Santa Claus rally would assert itself between now and the end of the year. Forecasts for 2020 are all over the board, but for now, market participants seem content to enjoy the big gains that 2019 brought. As of 11 a.m. EST, the Dow Jones Industrial Average (DJINDICES:^DJI) was up 51 points to 28,567. The S&P 500 (SNPINDEX:^GSPC) was higher by 10 points to 3,233, and the Nasdaq Composite (NASDAQINDEX:^IXIC) picked up 33 points to 8,986.

There wasn't a huge amount of stock-specific news on the day after the Christmas holiday, but a few companies did see their shares move sharply. HEXO (NASDAQ:HEXO) suffered a big decline on its announcement that it'll need to raise more money, while Spectrum Pharmaceuticals (NASDAQ:SPPI) saw an even larger drop following bad news with one of its pipeline treatments.

Shares of HEXO fell almost 20% after the Canadian cannabis company announced that it would do a secondary offering of stock. Given how poorly it and the rest of the marijuana stock industry has performed in 2019, investors weren't happy at the timing of the move, even if they understand the need for it. 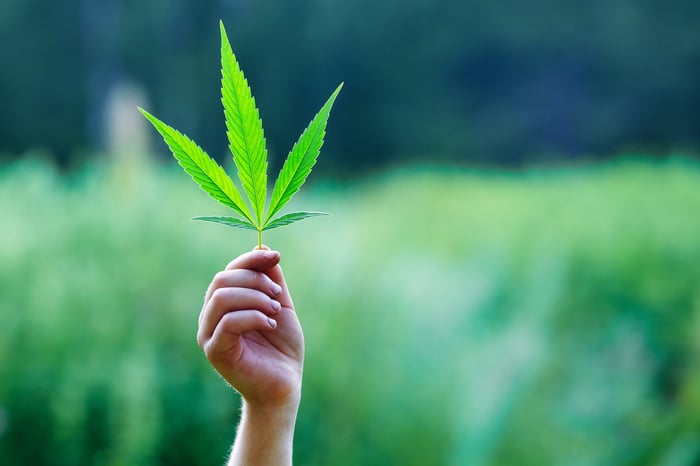 Under the terms of the offering, HEXO will sell 14.9 million shares at $1.67 per share. That's roughly 15% below where the stock closed on Tuesday afternoon. Moreover, the deal will also include issuance of warrants that holders will be able to exercise to purchase up to 7.5 million additional shares for $2.45 per share.

HEXO has raised some concerns for investors in recent months, as its results haven't lived up to expectations. Sequential declines in revenue and substantial impairment charges reflect the difficulties that HEXO and its peers have had in taking full advantage of legalized recreational cannabis in Canada.

Shareholders in HEXO have already dealt with tough times in 2019. It'll be interesting to see whether investors see 2020 as a value opportunity for marijuana stocks or whether companies like HEXO continue to struggle as they seek out the growth opportunities they'd hoped to cash in on over the course of this year.

Shares of Spectrum Pharmaceuticals took an even bigger hit Thursday morning, falling 55%. Trial results for a key treatment were to blame, casting doubts about the company's overall strategic path forward.

In an update on its late-stage pipeline, Spectrum said that its poziotinib treatment for non-small cell lung cancer patients failed to meet its primary endpoint of a statistically significant objective response rate in its first cohort. Out of 115 patients, just 17 showed a response, although 62 more had their disease progression remain stable.

Spectrum tried to find positives from the news. Although response rates were weaker than hoped, CEO Joe Turgeon said that other signals support the continued evaluation of poziotinib. There are seven independent cohorts in the study, and Spectrum expects to have data from the second and third cohorts in the coming year.

Nevertheless, investors weren't happy with the news. With a lot riding on poziotinib, Spectrum will have to see much better data in the months ahead in order to restore investor confidence in the stock going forward.