Baidu (NASDAQ:BIDU), the tech giant that owns China's top search engine, shed nearly 20% of its market value this year as its core advertising business stopped growing. The economic slowdown in China, competition from other platforms, and tighter government regulations for the fintech, gaming, and healthcare industries all caused advertisers to buy fewer ads on Baidu.

However, Baidu continued to expand into other markets, including cloud services, driverless cars, mini-programs, AI, voice search, and smart speakers. Within those newer businesses, smart speakers became a major growth engine for Baidu over the past year. 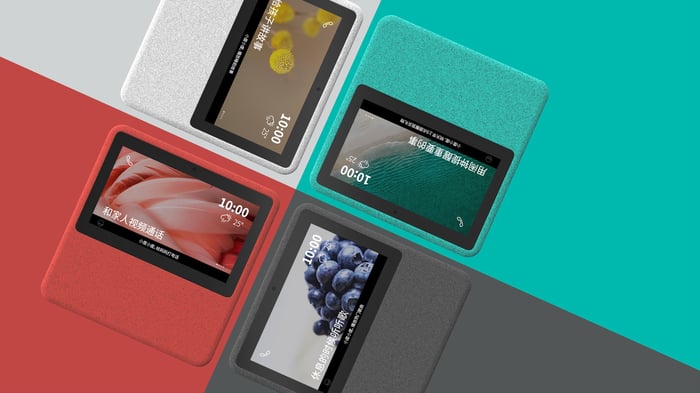 Baidu launched its first voice assistant, DuerOS, four years ago. Like Amazon's (NASDAQ:AMZN) Alexa, DuerOS accesses a growing list of services like online search, delivery, ride-hailing, and streaming media. It now runs on mobile devices, connected cars, home appliances, and smart speakers, thanks to dozens of partners that integrate the OS into their hardware devices.

The expansion of DuerOS, along with the launch of Baidu's first-party Xiaodu smart speakers, boosted the platform's total number of users from 100 million last August to 400 million in July. Last quarter, Baidu revealed that monthly voice queries on DuerOS had more than quadrupled annually to 4.2 billion.

The growth of DuerOS attracts customers in the same way as "Alexa-enabled" devices attract shoppers in America -- consumers who are already tethered to one voice ecosystem will likely buy additional devices to expand its reach across their homes.

Alibaba's Tmall Genie smart speaker also links to its voice assistant AliGenie. However, that assistant is more often used to buy products from Alibaba's e-commerce marketplaces instead of accessing a wider range of services like DuerOS. Alibaba doesn't regularly disclose its total number of AliGenie users or voice queries.

Baidu's mobile app and AliPay are both integrated with their respective voice assistants. However, Baidu's leading position in online search and maps -- along with DuerOS' expansion across first- and third-party hardware devices -- arguably give it an edge against Alibaba's commerce-oriented services. 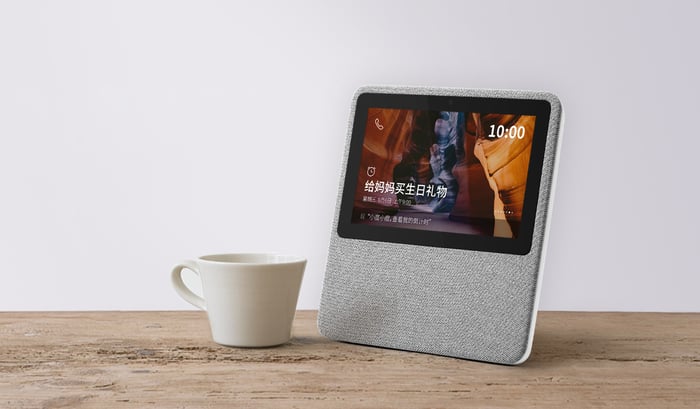 Baidu went back to the drawing board and launched its much cheaper Xiaodu speakers last year. It priced its basic model at 249 yuan ($36) but often sold it for just 89 yuan ($13) during promotions. That cheap speaker sparked an aggressive price war between Baidu and Alibaba, but the latest market share figures indicate that Baidu is holding its ground.

Baidu stuck with big promotions for its newer devices, including its Xiaodu Zajia smart screen, which was priced at 599 yuan ($86) but launched at just 299 yuan ($43). Baidu is clearly selling these speakers at losses to gain market share, just as Amazon repeatedly offers big discounts on its Echo devices to lock in users.

However, Baidu's new Xiaodu Smart Display X8, which costs 599 yuan, recently launched without a discount -- which indicates that it could finally stop subsidizing its speaker sales as it overtakes Alibaba.

Baidu generates less than 1% of its revenue from smart speakers, and the business is still likely operating at a loss. However, the speaker gives it a valuable foothold in a growing market and expands its search ecosystem well beyond PCs and mobile devices. Alibaba will likely remain a fierce rival in this market, but there's probably plenty of room for both companies to grow without stepping on each other's toes.