Another quarter and another lowering of full-year 2020 earnings guidance from FedEx (NYSE:FDX). It's becoming a familiar, and disappointing, refrain from the company. That said, it usually pays off to keep a clear head when making investment decisions, and it's fair to say that FedEx has been hit with a mix of unusual external headwinds this year. Moreover, the stock price decline -- down 6% in the last year and underperforming UPS (NYSE:UPS) by over 35% points -- will inevitably attract investors to an iconic American company. Let's take a closer look at what's going on and what you need to know about investing in FedEx. 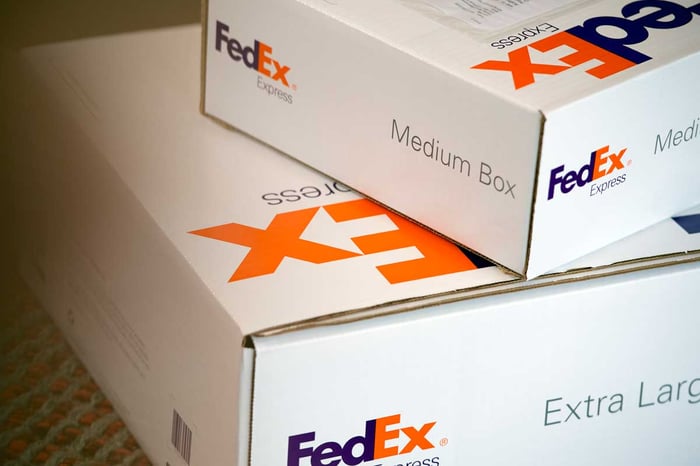 I'll start with the bad news. Having started its fiscal 2020 with guidance that implied $14.60 to $14.90 in diluted EPS (before retirement plan adjustments and TNT Express integration expenses), management lowered it to $11-$13 on the first-quarter earnings call in September. Fast-forward to the second-quarter earnings in December, and the guidance was lowered again to $10.25-$11.50.

FedEx has certainly been hit by factors beyond its control in 2019. Most prominently, a combination of the trade war and slowing global economic growth has led to weakening of international trade -- something you can see in the chart of cargo growth data from the International Air Transport Association (IATA).

The slowdown hurts FedEx in two ways. First, it reduces revenue -- CEO Fred Smith noted "reductions in international air freight and tepid-at-best B2B domestic parcel and freight shipping" on the recent earnings call. Second, FedEx's B2B deliveries tend to be higher margin than B2C deliveries, and revenue per package in FedEx Express international export packages is at around $50, compared to around $19 for U.S. packages.

Smith said that as a consequence "we are taking down the intercontinental capacity right after Christmas, as our hopes for a restoration in trade growth, expressed last June, has simply not materialized due to the trade dispute." 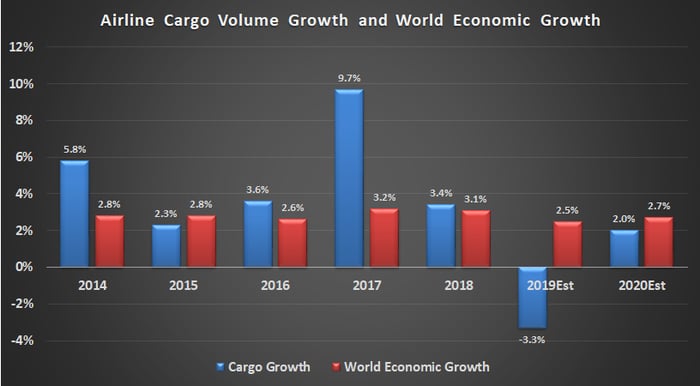 In the end a combination of a decline in Express revenue and rising costs in Ground led to a significant drop in reported operating income.

It all adds up to another disappointing quarter for the company, and investors immediately put the stock in the doghouse.

The case for a comeback

In other words, even though the numbers don't look good in the near-term, FedEx could easily turn things around in the future, aided by an easing in trade tensions. Meanwhile, the increase in Ground costs is for a good reason and will improve the quality and capability of its service to customers.

Indeed, Smith is expecting an improvement in 2020: "In the fourth fiscal quarter, we forecast FedEx Ground margins will again be in the teens." For reference, Ground margin was just 6.4% in the recent quarter, compared to 11.5% in the same quarter last year. 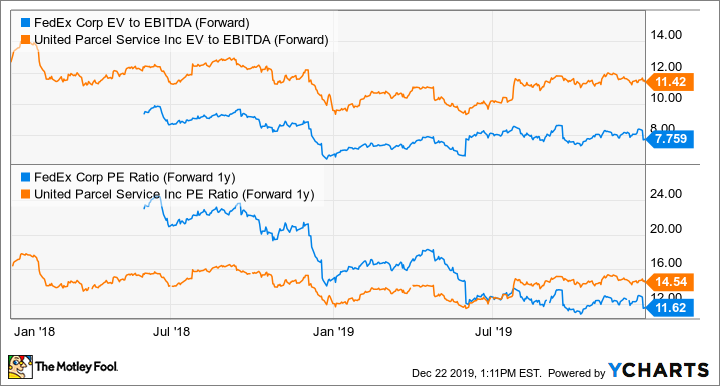 Finally, just as UPS is starting to demonstrate progress in its intent to expand margin while taking on burgeoning e-commerce demand, FedEx can follow in due course.

Putting it all together, there is a case for buying FedEx, but is there a case for buying FedEx over, say, UPS? The difference between the two is that UPS is starting to demonstrate it can cut costs and expand margins with e-commerce delivery expansion, but as yet, FedEx's reported performance remains patchy at best. In addition, the guidance cuts have been coming in exactly the same economy that UPS has been dealing with.