Restaurant-equipment maker Middleby (NASDAQ:MIDD) had a rough year in 2019. The stock fell 16% over the last six months while the S&P 500 gained 11%. The company missed analyst revenue targets in each of its last two earnings reports, and also fell short of the Street's earnings estimates in August's second-quarter report.

Middleby is hardly firing on every cylinder at the moment, but I see plenty of signs that the company's turnaround efforts are gaining traction. Here are three reasons you should pick up Middleby's shares at a discount right now. 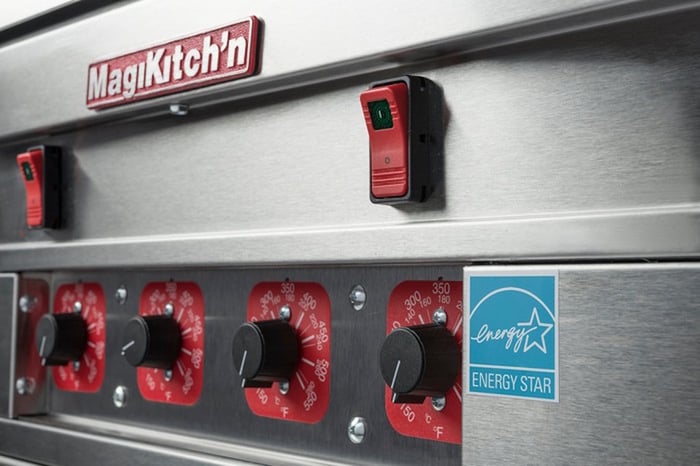 Middleby's price-to-earnings ratio has been drifting constantly lower over the last five years. Both earnings and revenue increased by roughly 80% over this period, while share prices advanced sideways in a fairly tight trading range.

Right now, Middleby's stock price stands near the lower end of that five-year range, and you can pick up shares for a very reasonable price of 18 times trailing earnings. This stock is priced for absolute disaster, and any success at all should unlock significant value in Middleby's stock over the next few years.

The trade tension between Washington and Beijing is one of the main reasons Middleby's shares have been lagging the market recently. In the third-quarter earnings call, CEO Tim Fitzgerald said that tariff costs forced Middleby to raise prices on many of its products during the third quarter. Higher prices result in lower unit sales, and that explains most of Middleby's misses in recent reports.

The company can't control how the trade wars evolve, but management is acting with confidence that the end must be near. Middleby opened up a brand new manufacturing facility in China in November, allowing the company to serve Asian customers more effectively. That's one way to work around the tariff thresholds at the specific border crossing between America and China.

When the trade issues are resolved, Middleby should be able to lower its product prices and give its lagging revenue growth a quick adrenaline shot. The company is tightening up its operating costs out of necessity, setting itself up for margin expansion when the revenue pressures subside.

Middleby's leaders are tackling this market with long-term goals in mind. That's exactly what we Foolish investors want to see -- a flexible business strategy that can take a few hits without losing the plot on sustained growth for many years ahead.

Fitzgerald said in the third-quarter call:

We are making incremental and significant investments that we think position us for longer-term growth. R&D [research and development] and technology investments is a big one. [...] We just talked about IoT and we've talked about automation a lot. Those are things that we want to be the brains of the kitchen in addition to kind of the brawn, with all these great brands and innovative technology. So that continues to be a big investment, and that was certainly there in the third quarter and we'll continue to have it in the fourth quarter.

The company is spending money on innovation now to generate business advantages and sustainable growth in the long run. And you can invest in this management team at a discount because market makers are staring themselves blind at short-term misses based on geopolitical trends that won't last forever.

There's a wide-open no-brainer of a buying window for Middleby stock right now.