The past year has been great for stocks across the board, but that's made it awfully hard to find reliable dividend-paying stocks that offer satisfactory yields. The average dividend yield for stocks in the S&P 500 index has dwindled to just 1.8% at the moment, but there are still a few big pharmaceutical companies with shares that yield more than twice the benchmark average.

Above-average yields come with above-average risks, but there are reasons to suspect these big pharma stocks are worth it. Let's poke around under the hood to see if these three could keep their payouts rising at a steady clip in the years ahead.

Fierce competition from AbbVie for patients with hepatitis C virus (HCV) has been a disaster for Gilead Sciences in recent years, but the pain is nearly over. Now that the company leans on its HCV segment for just 12% of total revenue, soaring sales of HIV drugs are returning the company's top line to growth. During the first nine months of 2019, HIV sales rose 12% year over year to $11.9 billion, and over the same period, total product sales rose 2%.

Although a 2% annual growth rate isn't exciting, we can reasonably expect Gilead's dividend payout to continue rising at a satisfactory pace. The company's cash dividend payout ratio, or its dividend payout as a percentage of free cash flow, is just 39% at the moment. That leaves plenty of room for significant increases above the pace of top-line growth.

In December, the company submitted applications for filgotinib, a potential new rheumatoid arthritis tablet developed in partnership with Galapagos (NASDAQ:GLPG) that could generate peak annual sales between $4 billion and $6 billion, depending on whom you ask.

Less than two years following its launch, Biktarvy has become the most prescribed HIV regimen in the U.S., and it's probably going to retain this title for the foreseeable future. Recently, Gilead's only big competitor in the HIV space, a joint venture between GlaxoSmithKline and Pfizer called ViiV, received a complete response letter instead of approval from the FDA for a monthly injection. 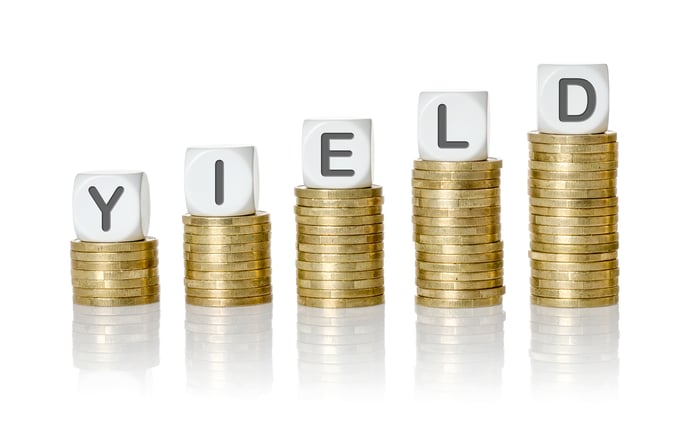 For years, Pfizer has been moving post-exclusivity brands to the operating segment known as Upjohn. In mid-2020, Pfizer will merge Upjohn with Mylan (NASDAQ:MYL), creating a new company called Viatris.

Distributions from both companies will most likely rise at a steady clip, although the Pfizer that remains will probably grow at a much faster pace than Viatris. Post-merger, Pfizer will still sport annual operating cash flow between $11 billion and $12 billion thanks to a stable of drugs with 10-figure sales that are still growing by leaps and bounds.

During the first nine months of 2019, Eliquis, Ibrance, and Xeljanz added a combined $8.4 billion to Pfizer's top line. That's 25% more than the previous-year period, and there's a slate of potential new drugs with blockbuster potential right around the corner, including a next-generation pneumonia vaccine, a gene therapy for hemophilia, and an experimental tablet for eczema. 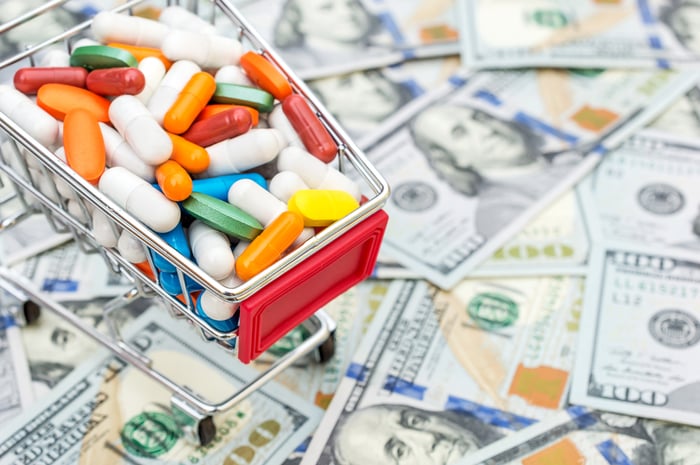 3. AbbVie: A glutton for punishment

At the moment, AbbVie's essentially the innovation-focused pharmaceutical company that Pfizer wants to become, but it won't stay that way much longer. In early 2020, AbbVie will acquire Allergan (NYSE:AGN) in a $63 billion cash and stock transaction.

AbbVie's lead product, Humira, has lost market exclusivity in the EU, and in 2023 the rheumatoid arthritis drug will face similar pressure in the U.S. market. Humira sales reached $14.4 billion in the first nine months of 2019, which worked out to 59% of net revenue, but adding Allergan's products to AbbVie's lineup should reduce that figure to around 40% of total revenue based on 2019 sales forecasts.

Allergan's a strange acquisition target for a company worried about losing exclusivity for its largest revenue stream. Botox earned its first approval 30 years ago, and it's responsible for 40% of Allergan's top line. Botox already faces some competition from another injectable botulinum toxin, called Myobloc, that the FDA approved in 2000. 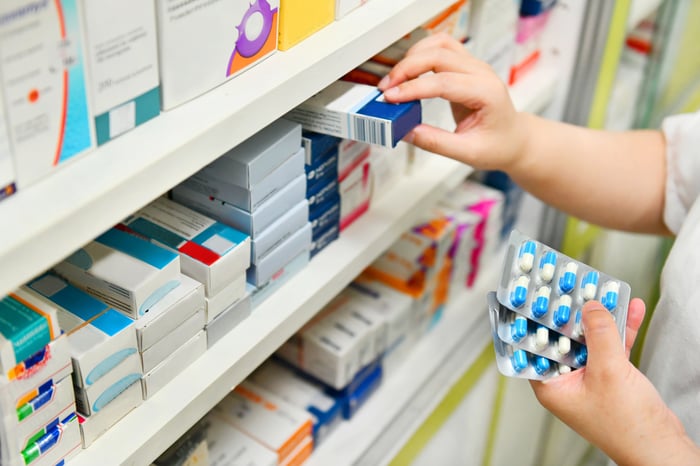 While dividends from Pfizer and Gilead Sciences will probably continue rising for the foreseeable future, it's probably best to ignore the higher yield that AbbVie offers at the moment. While AbbVie's ability to drag out U.S. exclusivity for Humira has been impressive, betting on the continued growth of Restasis and Botox looks like a terrible idea.