Our relationship with money is complex. On one hand, money is something we covet and need, but on the other hand, money also acts as a symbol of wealth and status. No other commodity plays around with our emotions the way money does. The strange thing about money is that many of us have different attitudes toward it, depending on our worldview and how we were bought up.

Over the years, I've made my fair share of money mistakes and ended up either spending more than I should have or missing out on opportunities to grow my wealth. I think it's important for us to be able to keep such mistakes small and to learn quickly from them so that they don't snowball and completely wipe out our wealth.

Here are four money mistakes I've made and that you can easily avoid. 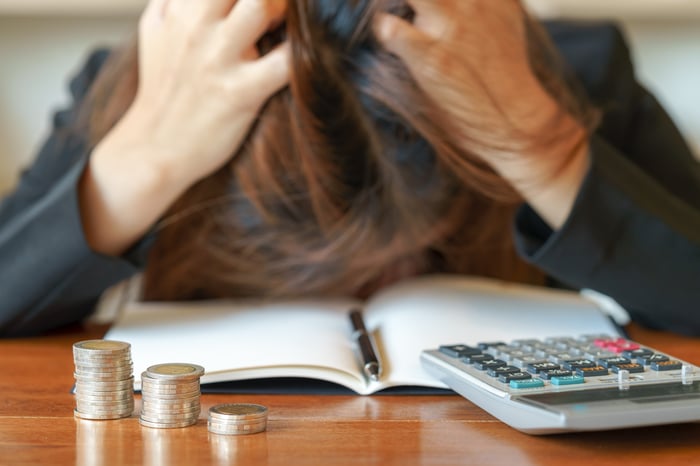 Swiping that credit card is tempting, but watch out for the charges associated with not paying off your balance each month! Banks will happily allow you to use that credit card for a range of purchases, but levy a hefty interest rate of as high as 25% to 28% per year on any balances that are not paid on time.

During my younger days, I was blissfully unaware of this and out of curiosity, I rolled over a small balance of mine past its due date. The charges I was subsequently hit with quickly led me to realize the folly of my actions. So, remember to settle all credit card debts on time and in full. Not doing so would suck away valuable cash that could be used for other, more useful purposes.

2. Running out of funds for investment

When I first started out investing back in 2006, I was pretty clueless about how to manage my investment funds. A good practice would be to slowly but steadily inject money into promising companies over time, allowing the beauty of compounding to work its magic. During normal times, this might have worked like a charm.

However, when faced with the onset of the Great Recession during October 2008, I was unable to contain my excitement at seeing so many bargains and rapidly deployed my capital. It turned out that I was too hasty, as share prices and valuations continued their descent through to March 2009. As I had deployed too quickly, I ran out of precious cash to average down on my positions as the crisis dragged on. Investors should learn to pace their share purchases properly in order to avoid this mistake I made.

Retailers are adept at marketing products and services that we don't even realize we need, resulting in purchases that are made on the spur of the moment. I had one case of cognitive dissonance a few years ago by purchasing a rather expensive guitar, as I was much into musical instruments at the time. Looking back, I now recognize that it was a passing phase in my life and I ended up not being committed to learning the craft.

The guitar ended up being severely underused and became a white elephant, gathering dust in my room. Being several hundreds of dollars poorer wasn't the reason for my being upset; it was more the case of not thinking through the purchase and letting my emotions get the better of me. Since I was just starting out as a novice guitar learner, I could have purchased a lower-end guitar to assess if I was interested in mastering the instrument, rather than splashing out on a more expensive model early on.

For the purchase of larger-ticket items, my advice would be to carefully consider if you really need it, or if you could make do with a cheaper version. Don't fall for the impulse purchase trick that marketers constantly play on us.

I was fairly confident that I was well-covered in terms of insurance needs as I started out in my career after graduation. I had a great life and term plan, hospitalization coverage, and also critical illness protection in the event that something unexpected occurred. However, I didn't realize that I had neglected to purchase an accident plan.

Being an avid squash player, the probability of my sustaining an injury was high. During one of my sessions, I inadvertently sustained a muscle injury as I did not do a proper warm-up. The subsequent recovery and physiotherapy sessions ended up costing a significant sum, and I realize in hindsight that due to the punishing nature of the sport I was playing, I should have at least thought of buying an accident policy to cover myself in the event of sports injuries.