Many of us are preparing for the new year and the changes we hope it'll bring. Many companies are also in look-forward mode, taking a little postholiday breather before vaulting into the coming decade.

Most, but not all. There have been several interesting developments with top stocks on the market. Two notable stocks saw their prices drop a bit with their latest pieces of news; here's who, what, and why. 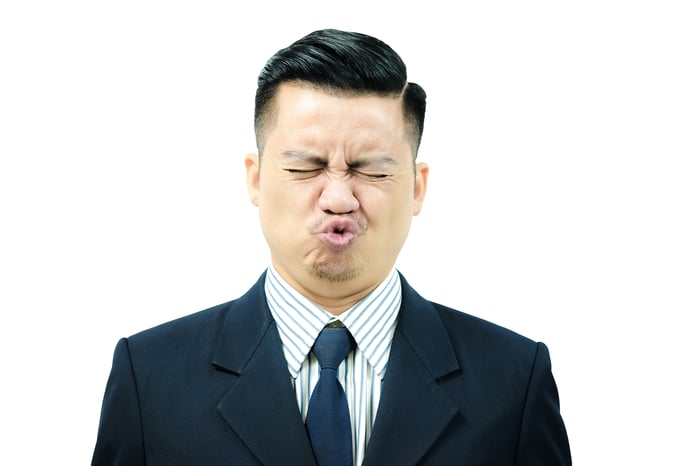 Monday saw two very different news items from Tesla (NASDAQ:TSLA) -- or at least its management. After digesting them, investors traded the stock down by nearly 4% on Monday.

The vehicle maker delivered the first of its cars to be produced in China, with 15 workers at its factory near Shanghai receiving Model 3s made in the facility. The launch of Chinese production is certainly encouraging given the size of that market and its appetite for nonessential U.S. goods (I'm looking at you, Starbucks).

Yet this positive development might have been overshadowed by an update about one of CEO Elon Musk's pet projects. On Friday, in a response to a tweet about The Boring Company's commuter tunnel being built under the Las Vegas Convention Center, Musk tweeted back that it will be "[h]opefully fully operational in 2020."

Since Musk is the overwhelming majority owner of The Boring Company (get it?), the presumption is that he'll be busy managing aspects of the tunnel if it indeed opens next year. That will logically reduce the bandwidth he has to run Tesla, which, for all its renown, is still an upstart automaker burdened by huge costs and a limited customer base.

I understand the concern, but I don't think anything regarding Boring would change my view on Tesla stock. Though I think Musk has his flaws, and I'm not necessarily eager to invest in one of his ventures, the man does have ambition, imagination, and flair. He also seems capable of handling more than a few fast-moving projects at a time -- witness the recent happenings with SpaceX, for example.

In other words, if you believe in Musk -- he's a hands-on manager, and Tesla is very much a company in his image -- maybe you should buy Tesla stock at the current discount. If not, perhaps it's best to leave it alone.

At least Elon Musk still has a job at his high-profile company. Soon, we won't be able to say the same for two members of CenturyLink's (NYSE:LUMN) board of directors. Following the announcement Monday of the pair's departure, plus several changes to the board's composition, the big telecom's stock slumped by a little more than 2%.

The company said that Glen Post, formerly its longtime CEO, will not stand for reelection at the upcoming annual general meeting (AGM) of shareholders. Additionally, board chairman Harvey Perry will retire, effective next May. Finally, the company said that Hal Jones, a former CFO of the company who once ran the newspaper The Washington Post, has been appointed as an independent director, effective Jan. 1.

Besides that, CenturyLink said that it aims to whittle the current 14-member board down to 11 directors at the AGM, 10 of whom should be independent (i.e., not simultaneously employed at the company). Directors should have tenures lasting no longer than one decade, while committee and board chairs should rotate once every five years or so.

It's a nervy time to be a CenturyLink shareholder. The telecom industry is charging into 5G, staking its future on ever-faster and better mobile connections. CenturyLink is a throwback in its way, holding fast to a big clutch of legacy wireline assets.

Still, though, the company has plenty of fast piping, specifically with its extensive fiber-optic infrastructure. Because the company is an internet service provider, I think this can keep it competitive in its admittedly unfashionable niche. Meanwhile, CenturyLink still throws off plenty of cash and pays a relatively high dividend despite having cut said payout not long ago.

I like what CenturyLink is doing to keep itself relevant, and I like this stock. I'd be contrarian here and buy on this little slump.