Shares of Novocure (NASDAQ:NVCR) are down 9.3% at 3:37 p.m. EST, after being down down as much as 11.5% earlier in the day, after an analyst at Evercore ISI downgraded the medical-device maker to "in line."

Considering how much Novocure's stock price has increased lately, the downgrade shouldn't be too surprising. Shares of Novocure, which makes devices designed to slow the growth of tumors using electric fields, jumped more than 150% last year while its price-to-sales ratio more than doubled.

The company's valuation is certainly high, but Novocure has a lot of potential, with sales increasing 42% year over year in the third quarter. Much of the growth has come from increasing reimbursement for its device, but growth in Europe and Japan also helped boost revenue.

The company was able to turn a profit during the quarter -- its first ever. While it was only $0.02 per share, the profit shows how the company can improve margins as it ramps up sales. Gross margin, for example, increased to 75% from 71% in the year-ago quarter. 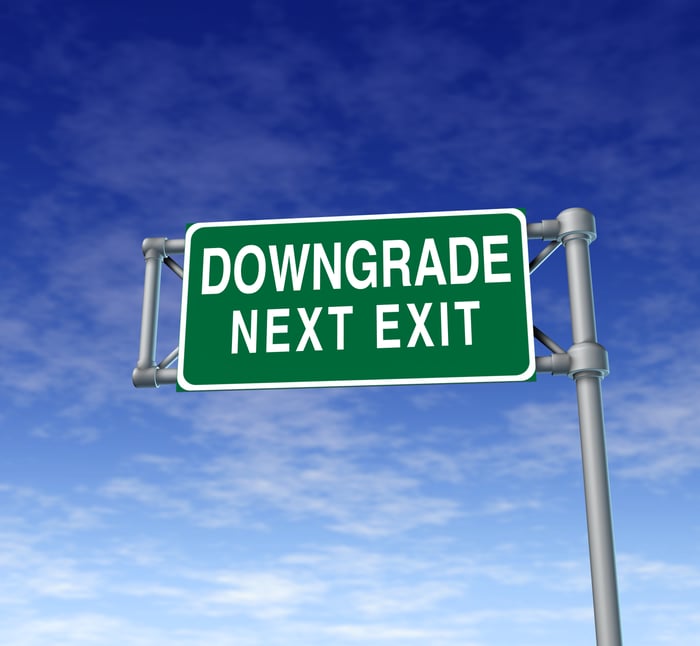 With data at least six months away, shares could come under pressure if short-term traders move on to companies with more immediate binary events. Long-term healthcare investors willing to hold through the volatility can take those moves as an opportunity to invest at a discount.