In the world of biotech and pharma, the JP Morgan Healthcare Conference serves as an unofficial annual kick-off event. Industry leaders, investors, analysts, and investment bankers overrun Union Square in San Francisco as they attempt to garner a few precious minutes of face-to-face time to pitch their business, meet potential and current investors, and discuss strategic partnerships.

Most people who come when the event underway never actually attend or are invited to the main conference, but a bevy of satellite conferences before and during the conference provide additional opportunities for biotech leaders to pitch their companies. Others simply show up and hustle from hotel room to hotel lobby to coffee shop piecing together a productive schedule. Investment bankers use the event to gauge investor sentiment to see if more financing rounds, IPOs, or M&A deals can be achieved. 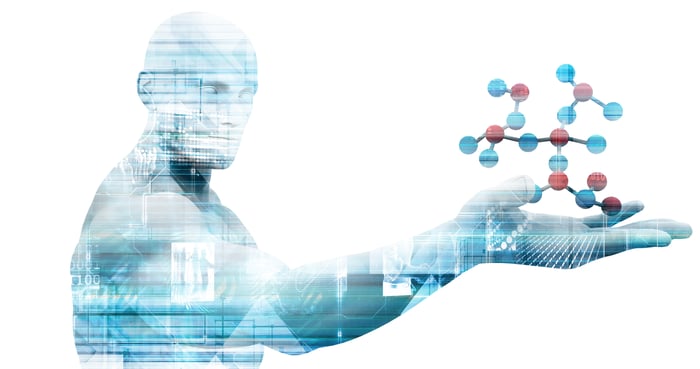 Here are three stocks to buy this month -- all strong performers already -- that could break big news during the industry event that starts Jan. 12.

Global Blood Therapeutics (NASDAQ:GBT) remains my top pick for 2020. Its treatment Oxbryta, formerly known as voxelotor, earned U.S. Food and Drug Administration (FDA) approval three months ahead of schedule, and is the only disease-modifying therapy available for patients with sickle cell disease. Given that there are approximately 100,000 sickle cell patients in the U.S., the drug holds tremendous commercial potential.

Global Blood has been a case study in business execution. It ran a definitive clinical trial demonstrating the activity and safety of Oxbryta, and then, through close interactions with the FDA, garnered an early approval -- and made the drug available for patients just two weeks after that.

Interested investors should review Global Blood's corporate presentation, which highlights the activities with patients, doctors, advocacy groups, and payors to increase awareness and the likelihood patients receive the drug. The press release announcing the FDA's approval included a quote from Beverley Francis-Gibson, the president and CEO of the Sickle Cell Disease Association of America. This demonstrates Global Blood's success in laying the groundwork and gaining awareness in the patient community in advance of the drug's availability.

I expect Oxbryta's launch to be successful based on the company's track record of doing things right. Further, I predict Global Blood will likely be acquired in 2020. President and CEO Ted Love said in an interview last year that he had one company left in him. Selling this year will let him go out on top, having led the team that changed the treatment landscape for people with sickle cell disease.

Amarin (NASDAQ:AMRN) remains another favorite choice for many biotech investors. Against a background of growing sales of its drug Vascepa, the FDA handed Amarin an early Christmas present in December by approving its use in patients with elevated triglyceride levels who either had cardiovascular disease or type 2 diabetes with risk factors of cardiovascular disease. While that might seem to be extremely specific and limiting language, it actually increased the addressable population for the drug by tens of millions of patients.

That's not new news anymore, though, so why buy in January? First, many investors thought the stock would rocket to $30 or more following the FDA approval. Instead, it made a small jump, at least by biotech standards, of approximately 12% on the news. However, since mid-December, Amarin's stock has coasted from north of $24 per share down to the vicinity of $21.50.

Second, Amarin boosted its 2020 net revenue guidance to the $650 million to $700 million range. That's quite a bump from its prior guidance range of $410 million to $425 million. At this pace, Vascepa should surpass the heralded $1 billion annual sales mark in 2021, earning it the title of blockbuster.

Revenue numbers like that could attract a buyout offer from one of the major pharmaceutical companies. Amarin's current $7.7 billion valuation means it trades at 11 times future earnings, which is not unreasonable for a company with a broadly applicable drug still in its launch phase. It is tough to guess whether Amarin will remain independent at the end of 2020. If it does so, then it should be generating substantial cash for investors.

Clovis Oncology (NASDAQ:CLVS) was loved, then it wasn't, and now some of the love is coming back. Led by an experienced team that sold their prior oncology company to Celgene for $2.9 billion, Clovis started strong, with money flowing its way whenever it needed it. The company managed to successfully develop and gain approval for Rubraca as maintenance treatment for recurrent ovarian cancer and as a treatment for adults with deleterious BRCA-mutation-associated ovarian cancers who have had two prior chemotherapies.

Rubraca works by inhibiting the enzyme PARP, which is involved in repairing damaged DNA. It has been shown to be a successful anti-cancer target. In addition to Rubraca, three other PARP inhibitors have made it to market: AstraZeneca's Lynparza, Pfizer's Talzenna, and GlaxoSmithKline's Zejula.

Fierce competition, which resulted in lower than expected sales, coupled with the company's decision in 2018 to take on nearly $300 million in debt to support the launch gave investors pause. After the stock lost 46% through most of 2019, savvy investors could have picked up cheap shares in the $3 range in October. Then, the stock more than tripled, ending the year at $10.43.

The feeling that there may be light at the end of the tunnel could cause the stock to continue its upward trajectory. And perhaps the management team will try to hit the repeat button and move to sell Clovis on the back of this positive momentum for Rubraca's sales and the company's stock price.