The last time lawmakers amended Social Security rules, it was 1983. That was the year Culture Club's Karma Chameleon reached No. 1 on the U.S. Billboard Hot 100 and Cabbage Patch Kids set a new standard for holiday toy mania. Now, 37 years later, Boy George has cut his hair and you can buy Cabbage Patch Kids on Amazon (NASDAQ:AMZN). And yet, Social Security remains largely the same -- and that's problematic, according to new research.

Researchers at Boston College have concluded that low-income individuals may not be getting their fair share of Social Security benefits. The disparity is related to how benefits are affected when you claim before your Full Retirement Age (FRA). 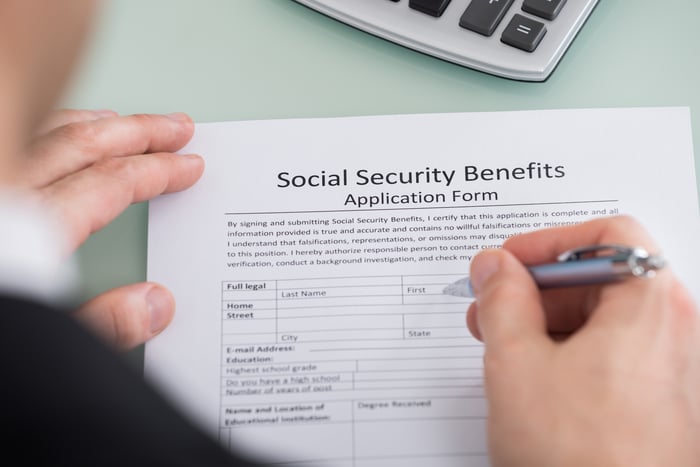 In our scenario of claiming 52 months prior to FRA, the reduction would be:

That equates to a monthly payment that's 26.67% lower than your full Social Security benefit.

The reduced benefit for claiming early is by design. In theory, claiming 52 months before your FRA should give you 52 extra payments over your lifetime. Each payment may be smaller, but the sum of those payments -- your cumulative lifetime benefit -- should be the same, whether you claim before your FRA or not.

Unfortunately, as the research shows, that's not the way the formula works today. Specifically, Boston College researchers found that the average beneficiary who claims at 62 gets only 94% of the lifetime benefit versus claiming at 65. Even more disturbing is that low-income individuals are more likely to experience that lower lifetime benefit.

Higher-income individuals, on the other hand, benefit from the other side of these trends. They can afford to wait until FRA and beyond for that larger monthly payment. And they're more likely to live longer, which translates to a greater number of payments over their lifetime.

Interestingly, Boston College found that delaying Social Security past FRA doesn't affect lifetime benefits significantly. When you delay claiming, your monthly benefit amount increases 3% to 8% for every year beyond your FRA, until you reach the age of 70. Although those monthly payments will be higher, you'll likely get fewer payments. The end result is usually a lifetime benefit that's about the same as what you would have received if you'd claimed at FRA.

The decision of when to claim your Social Security benefits is a personal one. If you can't afford to wait until your FRA, go ahead and claim. You can still take steps to maximize your lifetime Social Security benefit -- make it your mission to buck the system by living healthfully and outliving the average life expectancy of your peer group.

If you have a decade or more to choose a Social Security claiming strategy, up your contributions to your retirement plans now. Challenge yourself to save as much as possible. There's no telling how Social Security might evolve in the next 37 years. But you can count on this: A higher savings balance always gives you more flexibility on the timing of your benefits claim.