Shares of Bristol-Myers Squibb (NYSE:BMY) gained nearly 13% last month, according to data from S&P Global Market Intelligence. The trek higher capped off a solid year for the industry leader, as the pharma stock gained 23.4% in 2019. The finish was all the more impressive considering shares began the fourth quarter at a year-to-date loss.

There were several positive updates in December from the pipeline of Celgene, which gave investors more confidence that the acquisition will pay off. Perhaps the most noteworthy was that the U.S. Food and Drug Administration abruptly abandoned plans to hold an advisory committee meeting for Reblozyl, an experimental treatment for anemia in patients with certain red blood disorders, but kept the latest application review timeline intact. 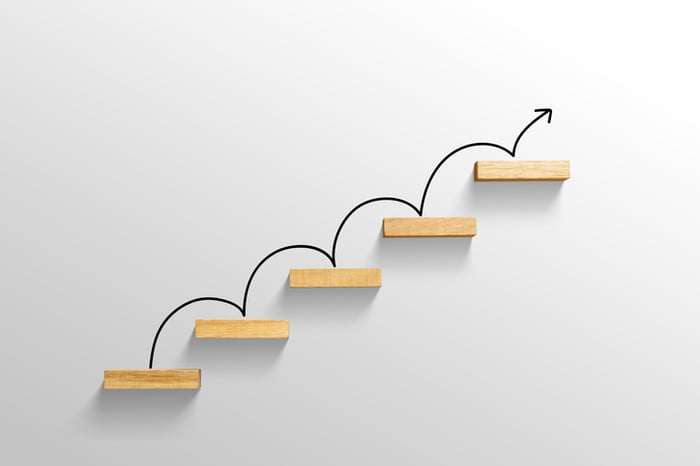 Celgene and Acceleron Pharma (NASDAQ:XLRN) collaborated to develop Reblozyl, an erythroid maturation agent that encourages red blood cells to fully develop, to treat anemia associated with certain blood disorders. The drug was approved in November to treat anemia in beta thalassemia patients who require blood transfusions, but the duo are looking for supplemental approvals in other blood diseases.

For example, the pair submitted a supplemental biologics license application (sBLA) for the drug to treat anemia in very low- to intermediate-risk myelodysplastic syndromes who have ring sideroblasts and require blood transfusions. The FDA had previously informed the pair of its intention to hold an advisory committee meeting, which would have gathered input from stakeholders on the risks and benefits of the experimental therapy. The committee would have also voted to recommend or reject approving the drug.

Although the final decision would rest with the FDA, such meetings add another layer of uncertainty for investors. Investors ended up avoiding the ordeal altogether.

On Dec. 6, the FDA informed Bristol-Myers Squibb and Acceleron Pharma that the advisory committee meeting was no longer required. Even better, regulators still intend to make a decision on the sBLA by the original deadline of April 4 of this year. Investors interpreted that as a sign that approval is imminent.

While the supplemental approval for Reblozyl isn't guaranteed, analysts think the drug has peak annual sales potential of over $2 billion in a best-case scenario. Hitting that mark would help to justify the acquisition of Celgene, and with the advisory committee hurdle no longer in the way, investors are one small step closer to realizing the value proposition of the combined companies.