Shares of Lumentum Holdings (NASDAQ:LITE) skyrocketed 88.8% in 2019, according to S&P Global Market Intelligence. The market-beating performance was driven by increasing demand for its optical and laser products, particularly among consumer electronics companies like Apple (NASDAQ:AAPL), which use them to enable 3D sensing features such as facial recognition and gesture-driven device control.

Lumentum's share price soared 26.5% in the fourth quarter, thanks in large part to better-than-expected quarterly results reported on Oct. 31. Specifically, fiscal first-quarter sales grew 11% sequentially and 27% year over year to $450 million, resulting in earnings per share of $1.44, which was $0.24 better than analysts anticipated. 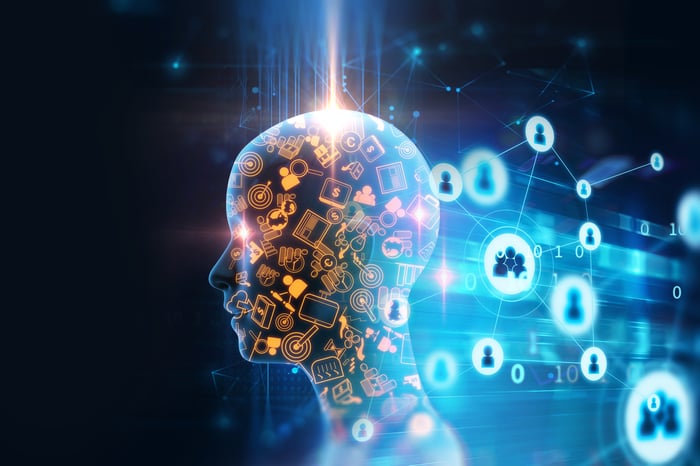 The primary driver of its strong quarterly results were growing sales of its 3D sensing products, which are reported in its industrial and consumer products segment. Revenue in that business unit grew 92% sequentially and 26% year over year in the quarter as electronics device makers expanded 3D functionality from user-facing to world-facing applications, such as photography and augmented reality for gaming.

3D sensing wasn't the only bright spot for the company, though. It also reported a 5.5% year-over-year gross margin improvement thanks to improving business conditions for optical products sold to telecom and datacom original equipment manufacturers. Sales of chips to transceiver customers increased 13% sequentially to a new record, in part because of carriers upgrading to 5G wireless networks.

Lumentum's fiscal-year second quarter is typically slower because of seasonal ordering trends from its customers, yet it still anticipates revenue of about $453 million and adjusted earnings of $1.28 per share in the period. If it delivers on that outlook, it would constitute a solid improvement from last year's fiscal second-quarter sales and EPS of $373.7 million and $1.15, respectively. The company is scheduled to report quarterly results on Feb. 3.

Longer term, investors will want to keep an eye on how the use of optical and laser technology may further improve augmented reality in consumer devices and enable autonomous driving in vehicles. The adoption of light detection and ranging solutions (LIDAR) for fully autonomous driving systems and 5G-enabled devices could be a significant revenue opportunity for the company, making it a stock worth stashing away in portfolios.