Shares of Nordstrom (NYSE:JWN), a fashion retailer operating roughly 373 stores in 40 states, jumped as much as 5.8% Tuesday morning, adding to Monday's gains, after the markets continued to absorb a couple of bullish notes.

On Monday, JPMorgan analyst Matthew Boss said that the 2019 holiday season looked to be strong for department stores, among other areas. "Our work points to a robust Holiday '19 overall led by continued consumer strength," Boss told investors, pointing out that unemployment is at a 50-year low and wage growth is about 4%. 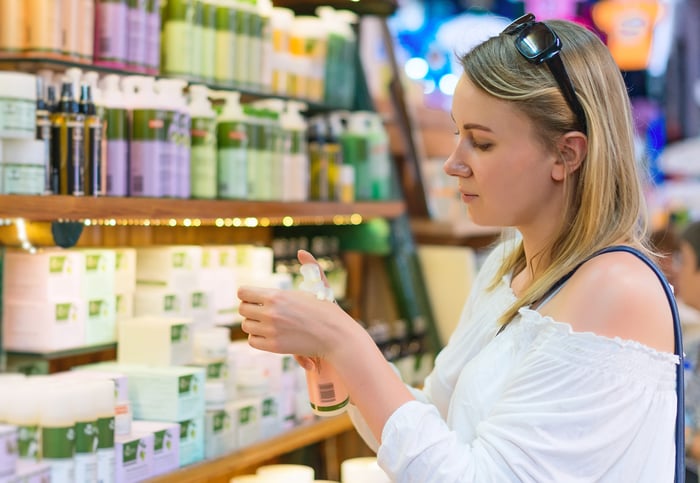 Boss also upgraded Nordstrom to neutral from underweight, helping its share price on Monday and Tuesday, and gave it a $41 price target, a large increase from the prior $26 target. He received a vote of confidence later when CNBC's Jim Cramer, host of Mad Money, said of Boss' track record, "I think you'd be crazy, crazy, to bet against him."

Analysts make upgrades and downgrades all the time, and the moves should be taken with a grain of salt. That being said, Boss made great points, and Nordstrom has managed to grow revenue over the past five years faster than most competitors. 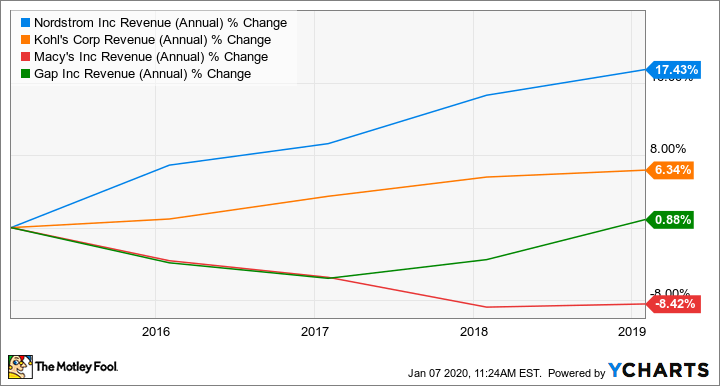 Part of Nordstrom's success has been its strategic partnerships with traditionally direct-to-consumer or online brands such as jewelry company Stella & Dot and cosmetics maker Glossier. Those brands don't often sell through other retailers, so it gives consumers a reason to visit Nordstrom for products not easily found elsewhere, and helps the retailer avoid pricing promotions or discounts. The department store industry will remain challenging, but it appears that Nordstrom is making many great moves -- and, based on recent analyst notes, investors are catching on.