With fears of a war in the Middle East fading somewhat, and the lack of disastrous news for the market's top stocks, share indexes generally ticked up on Wednesday. But there were plenty of laggards, too.

Let's focus on two companies that didn't make it over the hump of Hump Day: pharmacy chain operator Walgreens Boots Alliance (NASDAQ:WBA) and FireEye (NASDAQ:MNDT). Why were investors bearish on them, and do they have further to fall? 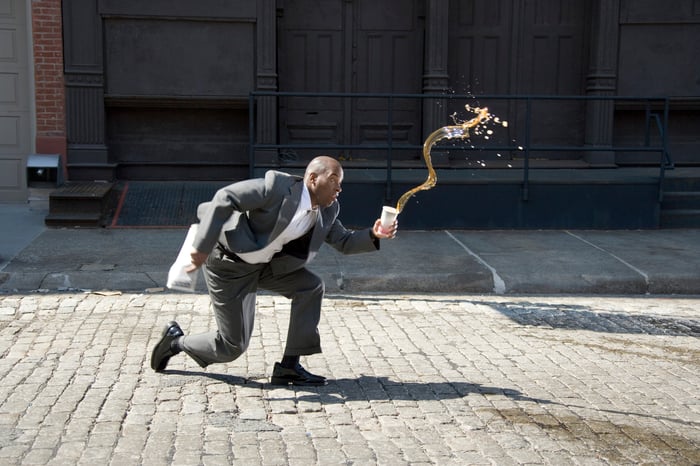 Investors weren't keen on Walgreens today; its stock closed down by almost 6% following the release of the company's Q1 of fiscal 2020 results.

Both headline fundamentals missed analyst estimates. On average, these anticipated a top line of $34.6 billion and adjusted earnings per share of $1.41.

One reason for the sluggish growth and the profit slide is the competitive pressures of e-commerce, which make selling classic pharmacy goods more challenging. Another is the squeeze insurers are putting on pharmacies to fill prescriptions at lower costs. Finally, Walgreens is taking a financial hit with its recent decision to put limits on tobacco sales.

However, the company's crucial U.S. retail operations are still on a path of growth, albeit at unexciting rates, and it remains profitable. Walgreens to me is best as an income stock, given its generous dividend and its habit of raising it every year (in fact, it's a Dividend Aristocrat). Income investors should consider buying it at the current discount, then.

Another stock feeling some early January chill was cybersecurity specialist FireEye. On Wednesday, the company's shares fell by 5%.

What's good for the world isn't necessarily a plus for FireEye's sector. The apparent ratcheting down of U.S.-Iran tensions means e-warriors like FireEye won't be near the front lines in an intensified cyber-conflict between the two nations.

But the cybersecurity space doesn't need a shooting war, or even a ramped-up digital proxy fight, to grow. The threats from bad online actors, be they operatives supported by aggressive governments or simply lone-wolf digital predators, are persistent and scary. Hardly a day goes by that we don't hear of an online security breach.

So cybersecurity as a business is robust, but is this stock a good choice for investors to play it? Its top-line growth (just under 7% in FireEye's most recently reported quarter) isn't much to get excited about given the leaps of competitors. And its streak of bottom-line GAAP losses leaves something to be desired in a sector populated by profitable peers.

I don't think FireEye deserved its ding based on current events. But, that said, I don't think it's one of the more outstanding publicly traded cybersecurity companies just now, and I'd probably avoid the stock.