Stocks that pay dividends are typically from stable, well-established companies with a long track record of steady growth. These companies often see monthly or quarterly dividend payouts as a way to highlight their stability and attract investors to their stock.

Cincinnati Financial (NASDAQ:CINF) is one such company. Established in 1950, the $14.1 billion insurance company provides property, casualty, and life insurance services, as well as annuities, for businesses and individuals in 43 states through its various business lines, including the Cincinnati Insurance Company and its subsidiaries.

It's not one of the large, household names in the insurance sector, but it's definitely worth a look from an investor's perspective because of its stable performance and its great history of paying dividends. 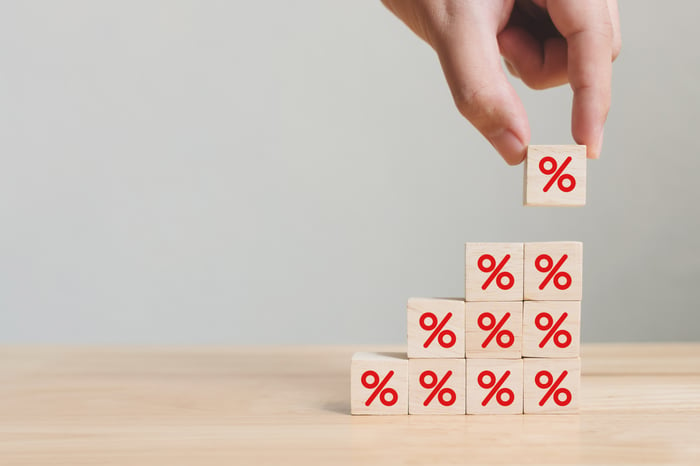 A strong performance in 2019

Insurance companies make money by taking in income on the policies they underwrite and through their investments. Cincinnati Financial outperformed the insurance sector last year with a stock price gain of about 38% over the past 12 months. That rise came in a decreasing interest rate environment, which typically has a negative effect on financial stocks as it reduces the amount of interest income. Through the first nine months of the year, net income was up 26% year over year, according to the third-quarter earnings report. (Overall net income was down year over year, but that was due to changes in fair value of equity securities put in place in 2018).

The company had underwriting profit in each of its property casualty units through the first nine months. It also had a combined property/casualty ratio of 94.2% in the third quarter -- which improved 2.6 percentage points year over year. The combined ratio calculates losses from premiums, dividends, and other expenses against profits. A ratio of more than 100% means they paid out more than they took in.

The long-term stability of Cincinnati Financial is exemplified by its great history of paying out healthy dividends. In December, the company, which was trading at about $105 per share at the time, declared a 2.2% quarterly dividend, which means that shareholders earned $0.56 per share every quarter. If you own 100 shares, that comes to about $224 per year in dividends. While 2.2% may not seem like a lot, what is amazing is the company's streak of delivering increasing dividends. Cincinnati Financial is one of only a select few Dividend Kings that have increased their dividends for more than 50 consecutive years.

President and CEO Steven Johnston said about the October dividend:

"The October dividend payment will complete our 59th year of increasing annual cash dividends. Much of the success of our company is based on our initiatives to grow profitably and the relationships our associates build with the independent agents who represent us. Those relationships are the core of our company's strategy and allow us to create long-term shareholder value through regular dividends, our primary means of returning capital to shareholders."

The dividend even increased through the 2008-09 Great Recession, so you really can't get much more consistent than that. One thing to watch, however, is the fact that the yield percentage has steadily dropped in recent years as the company's valuation has increased and its P/E ratio of 19 is above the industry average. The good news is that the yield did creep back up in December to 2.2%.

The company continues to grow profits, and with interest rates expected to hold steady in 2020, Cincinnati Financial is well-positioned to continue to deliver increasing dividends and returns.