Under the collaboration with Janssen, the two companies will find Microbiome Metabolic Therapies (MMT) using Kaleido's screening platform. Janssen is seeking to prevent the onset of childhood allergies by making the immune system stronger via healthy gut bacteria. 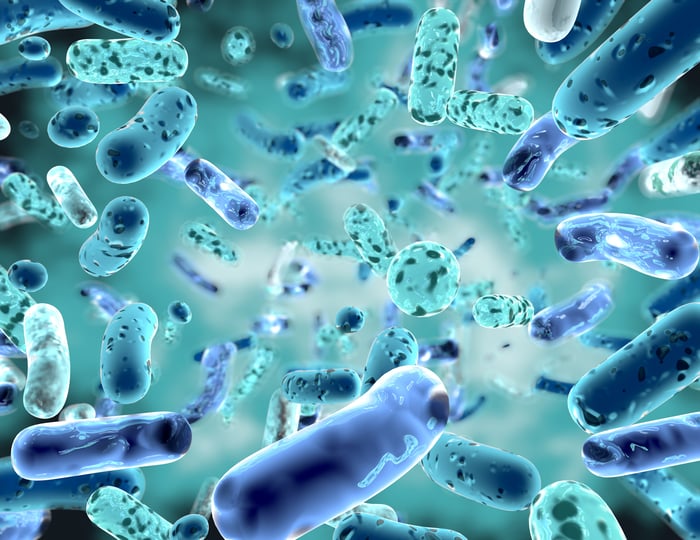 Using the microbiome to tackle disease

The human microbiome is a vast collection of trillions of micro-organisms within the body. Taken altogether, these micro-organisms weigh up to six pounds (larger than the human brain). Researchers have discovered that the microbiome is linked to numerous diseases and health issues, including cancer, Parkinson's, multiple sclerosis, obesity, non-alcoholic fatty liver disease, and illnesses involving the immune system.

Bacteria in the gut produces even smaller organisms called microbial metabolites. Some metabolites are beneficial, supporting digestion or immune responses while other metabolites, like ammonia, are deadly.

Kaleido seeks to target the bad bacteria in our gut to halt the larger diseases caused by these metabolites. The company has a drug in phase 2, KB 195, that targets ammonia in the stomach. This ammonia leads to urea cycle disorder, an inherited metabolic disease that makes it hard for the body to break down proteins. If untreated, this disease can lead to comas, brain damage, or death in newborns. The company is also running clinical trials for KB 174, a drug to stop hepatic encephaiopathy (brain damage caused by liver disease) and KB 109, a drug to help patients with multi-drug resistant bacterial infections.

Investors in Kaleido are down 54% since the company went public last year. Kaleido has no revenues yet, nor profits. The company has $81 million in cash. The financial terms of the Janssen deal were not disclosed.