This year Verizon (NYSE:VZ) will try to boost its 5G technology prospects by launching four times more devices -- 20 in total -- on its new network than it did last year. Verizon CEO Ronan Dunne announced the increase in 5G devices at the Consumer Electronics Show in Las Vegas this week and added that the devices released in the first half of the year will cost around $800 each, while some released later in the year will be priced under $600.

Dunne's comments were notable because releasing 20 5G devices on its network this year will help Verizon tap into pent-up consumer demand for 5G devices and services. 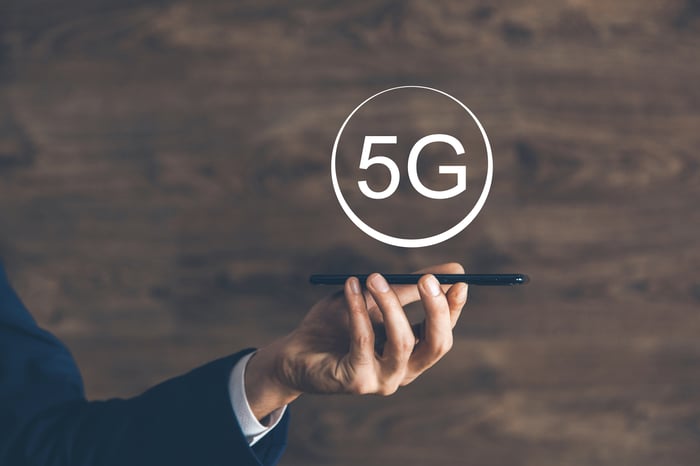 The demand is already there

Tom Kang, the research director at Counterpoint, said that "the study revealed there is tremendous interest in 5G and that over 30% of consumers are willing to buy a 5G device even if 5G is not yet available where they live."

This pent-up demand comes as consumers want two main things from 5G services: faster speeds and increased reliability. With Verizon's 5G network, consumers will undoubtedly get the first, considering that Verizon says 5G speeds will be up to 100 times faster than 4G.

Good start, but not a win just yet

The jury is still out on whether Verizon's 5G will be more reliable than its current network. Verizon is betting on a high-frequency spectrum (called millimeter wave) which allows for ultra-fast cellular speeds, but it isn't great for sending signals through large buildings.

To help offset this potential problem, Verizon will use what's called Dynamic Spectrum Sharing, which will allow the company to put new 5G signals on its current 4G spectrum. In contrast, both AT&T and T-Mobile are focusing on the lower-frequency spectrum for their 5G networks.

The top U.S. wireless carriers are all fighting to build out the largest and fastest 5G networks right now, and only time will tell which company becomes the clear leader (and which one creates the truly most reliable network).

Verizon hasn't yet specified which technology companies will be releasing the new 5G devices, but notable smartphone makers, including Apple, are expected to release new 5G phones this year. Research firm Gartner estimates that the installed base of 5G smartphones will increase from just 10% of the market this year to 56% in 2023.

Verizon launching so many 5G devices on its network this year is significant because it will allow consumers who are ready to jump on the 5G bandwagon to have their pick of 5G phones. And with some of those phones expected to be priced under $600 in the second half of this year, even budget-conscious buyers won't have an excuse not to upgrade.