Shares of AppFolio (NASDAQ:APPF) roared 85.7% higher in 2019, according to data from S&P Global Market Intelligence, as the real estate and property management-centric software-as-a-service company demonstrated sustained revenue growth and raised its full-year outlook with each of its quarterly reports.

But AppFolio's rise wasn't exactly a straight line up. In fact, shares briefly plunged after each of its quarterly updates in late February and May before turning higher. And following its second-quarter report in late July, the stock even plunged nearly 20% from its peak before rallying hard on the heels of AppFolio's exceptional third-quarter results in late October. 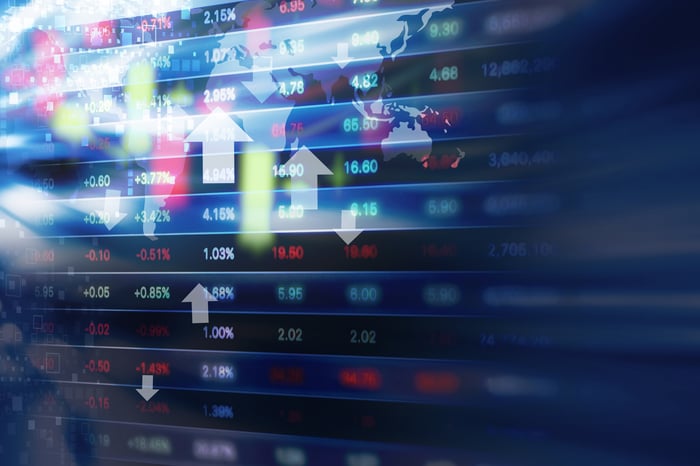 That latter report offers investors the most valuable perspective on the current state of AppFolio's business: Q3 revenue increased 35.5% year over year to $67.9 million, translating to net income of just under $5 million, or $0.14 per share (down from $0.16 per share a year earlier). Analysts, on average, were only expecting earnings of $0.06 per share on slightly lower revenue.

Speaking to the company's falling profits, during the subsequent conference call, AppFolio CFO Ida Kane noted that those results "[continue] to reflect our investments ahead of potential revenue in several growth areas that we believe will positively impact long-term shareholder value." Kane specifically singled out the company's AppFolio Property Manager Plus offering, a new investment management product, an AI leasing assistant solution, and the company's new AppFolio Utility Management software.

AppFolio also updated its full-year guidance to call for revenue of $254.5 million to $255.5 million, modestly increased from its previous target for a range of $253 million to $255 million.

As it stands, investors should receive their next color on AppFolio's growth story when the company releases fourth-quarter 2019 results early next month. So, while I wouldn't be surprised if shares pulled back regardless of how strong those result turn out to be, I think the stock could still have room to run higher if AppFolio shows signs its newest products are beginning to yield meaningful incremental growth.