There's plenty of interesting biotech news floating about for investors to consider, but there was one announcement this week that might have slipped under your radar. Collegium Pharmaceutical (NASDAQ:COLL), a small-cap drug developer, announced updated guidance figures for 2020, surprising many with an impressive $160 million revenue target for its flagship pain drug in 2020.

While guidance figures are definitely subject to change, this initial estimate is not only pretty darn good for a company of Collegium's size, but also suggests the company will turn a profit this year. Is this a good time to add this stock to your portfolio? Let's look at some of the details and find out. 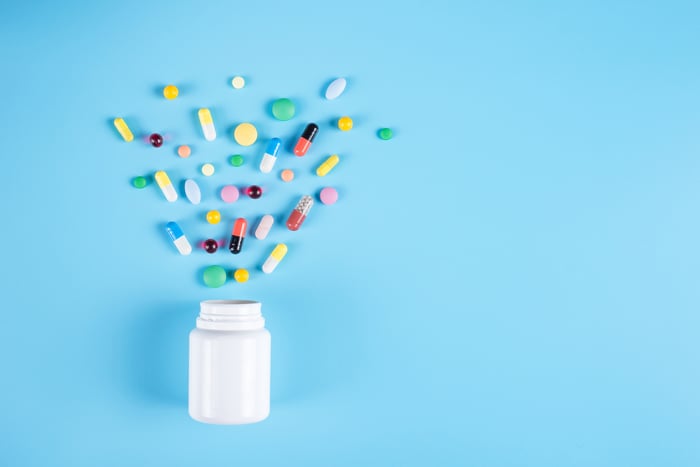 Collegium is a specialty drug developer focused on pain management treatments. Its flagship drug, Xtampza, is a strong opioid medication for patients who need relief from severe pain symptoms. At the same time, Collegium has another opioid pain medication, Nucynta, which is designed to relieve short-term pain, such as following a surgery or an injury.

In terms of gross revenue, this projected figure isn't all that impressive. According to the company's most recent third-quarter financial results, for the first nine-months of 2019, Collegium has already made $222.5 million, and will likely hit around $300 million in revenue for the entire year. While the promised $340 million is a solid improvement in revenue, what's even more impressive is that Collegium will be operating at a sizable profit if the company's guidance is correct, whereas for the past two years, it has been operating at a loss.

In terms of financial metrics, Collegium is trading pretty cheaply for a biotech stock. With only a $740 million market cap, the company is trading at just 2.58 times its price-to-sales ratio. That's a good deal, especially for a biotech company that's reporting significant revenues and is on the cusp of making a profit.

If you've been following the news, you're aware of the problems many opioid manufacturers and distributors are facing. Companies like Johnson & Johnson have been fined hundreds of millions of dollars for their role in marketing opioid drugs that they knew were highly addictive. Other companies have gone under as a result, such as the now-defunct Purdue Pharma which faced a whopping $12 billion fine for its role in the opioid crisis.

This begs the question: Should Collegium Pharmaceutical face a fine as well? It's possible that it will, but the company has largely avoided the brunt of the opioid lawsuits plaguing other pharmaceutical companies. In a conference call, management stated that there are over 2,000 lawsuits across the country filed against opioid manufacturers and distributors. Only 27 of them mention Collegium by name, and 23 of those happen to be state cases that management thinks won't progress to a trial.

This is because Collegium's opioid drugs entered the market relatively late in comparison to other opioids. Xtampza received Food and Drug Administration (FDA) approval in 2016. This is pretty late to the scene, as much of the misleading marketing conducted by opioid distributors/manufacturers was happening as early as the 1990s up until the early 2010s.

Should you buy Collegium right now?

For the most part, I'd avoid opioid-related stocks right now. However, there's always the possibility of an exception, and Collegium could be exactly that. The company is valued extremely cheaply in comparison to its sales figures while being on the cusp of turning a profit. At the same time, the company appears to have avoided most of the opioid lawsuits out there due to its late emergence in the market.

While I'd be willing to recommend Collegium to investors comfortable with the world of high-risk, high-growth biotech stocks, it's definitely not everyone's cup of tea. If you are willing to add some Collegium to your portfolio, keep your starting position on the small side until the company starts reporting its forecasted profits in 2020.