Shares in electronic test and measurement tools company MKS Instruments (NASDAQ:MKSI) rose 70.3% in 2019, according to data provided by S&P Global Market Intelligence. The move is part of a general upswing in the fortunes of semiconductor capital equipment companies -- always an interesting area of investing in technology. 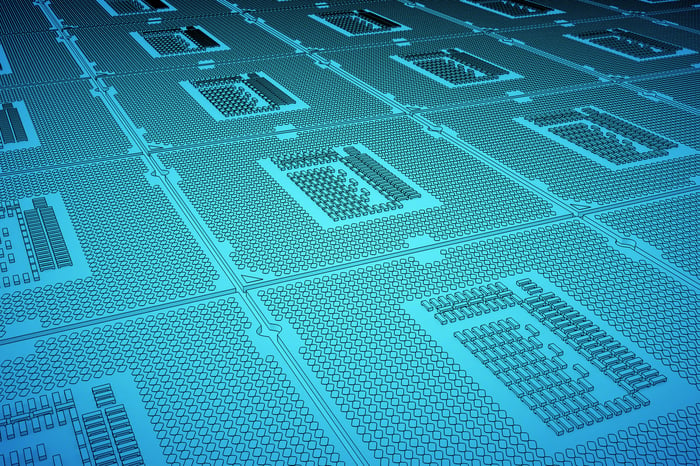 In fact, you would be hard-pressed to find a company in the sector that didn't have a stellar 2019 in terms of stock performance. 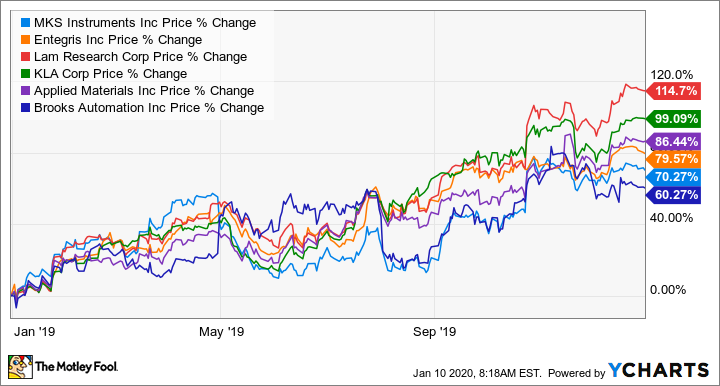 To understand what's going on with MKS Instruments and the others, you have to take a wider view and go back to what happened in the previous couple of years. As you can see in the chart below, a rotten 2018 was followed by a strong recovery in stock prices in 2019. 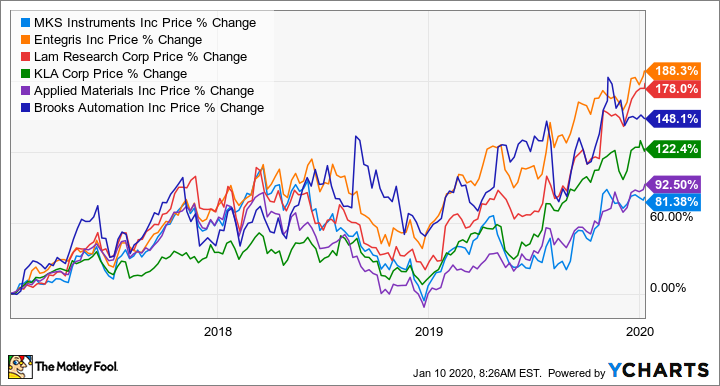 The reason? Simply put, the market bought the stocks based on the idea that 2019 would mark a trough in the semiconductor industry leading to a recovery in the following years. It's the classical kind of trading pattern associated with highly cyclical stocks. Indeed, some of the smartest fund managers around have been buying into the idea.

Given that MKS Instruments generates around half of its sales directly from the semiconductor market, and a large part of the rest from industries connected with it, it's likely to be a key beneficiary.

The good news is that the idea of a recovery is being bolstered by positive remarks on the industry made both by the management of major companies like Siemens and by industry bodies. 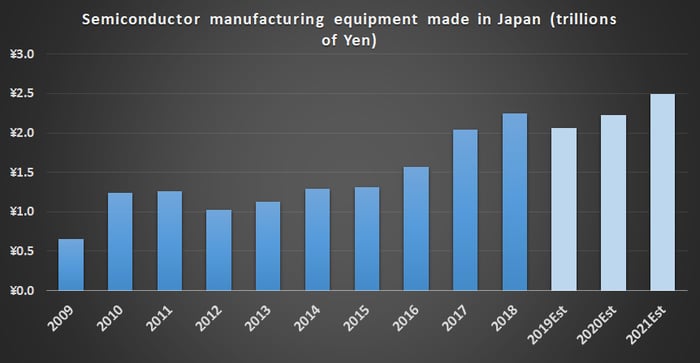 Interestingly, the bounce in demand is seen as being led by "the expansion of applications including 5G, AI, IoT, and automatic driving" rather than being dependent "heavily on the volume of shipments of electronical equipment as before" according to the SEAJ report.

Ultimately, if SEAJ is right and capital spending is set to bounce in Japan, and concomitantly globally, then MKS Instruments could be set for a couple of years of strong growth.

That said, the improvement in the sector's prospects is also a marker of the potential for stronger economic growth in 2020 -- the semiconductor sector has long been seen as an early indicator of the global economy. All told, the outlook is positive for MKS Instruments in 2020.